Zen and the Art of Motorcycle Maintenance Remix 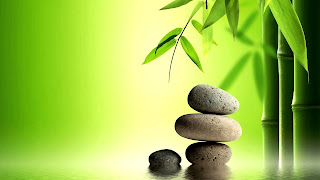 As this blog rapidly approaches it's 20 million views milestone I'd like to pause amidst the hustle and bustle for a Zen moment of reflection. This post will be a prelude to the overview that marks the 20 million mark in its journey. It represents a personal epiphany.

Although it likely went by unnoticed by most, there was a minor nuclear holocaust in my personal life that caused me great anxiety and forced me to take another standing eight count to process what happened and decide what course of action I would take in the future. It was a crossroads so to speak. Trolls trash and normally I don't give them the time of day because when push comes to shove they are just dust in the wind. Yet when someone comes to you for help and then screws you over for helping them one is forced to ask why bother? Why help anyone?

Then I get a call from someone I had helped in the past just touching base and giving me an update about how their son and daughter in law were doing. It was nice to talk to someone respectful and appreciative. I was grateful to hear how their kids were doing because I do genuinely care about them. Like I've said before, lots of people come to me for help. Some people I can help, some people I can't. That's just life in the real world.

Helping others isn't just a Christian principle, it's a Zen principle as well. Selfishness and greed are not tenants of an enlightened sage. Treating others they way you want to be treated is.

When I was young the book Zen and the Art of Motorcycle Maintenance was the rage. I personally enjoyed it because I rode a motorcycle and I had studied Zen in the Martial Arts. I felt combining the two on a road trip was a natural conclusion of applying the ideals of Zen in real life.

I have in the past talked about writing a book of my own. I put out a free e-book on the 10th anniversary of the Gary Webb murder tying in his work with mine because I felt a kinship to the Gary Webb story. I was mortified to find out the CIA was behind the US crack epidemic in the /80's that I had devoted so many years of my life to combat. Yet it all made sense and pointed to Operation Fast and Furious clearly demonstrating that Iran Contra never stopped.

So my e-book stands as a tribute to Gary Webb and an overview of my background and how that led me to doing this blog. Yet the book I publish will be something entirely different. I don't want to profit from discussing crime nor do I want to dwell on crime. As Lao Tzu said "It is better to light one candle than curse all the darkness." Take it from me, I've cursed a lot of darkness.

My book will remix the ideals of Zen and the Art of Motorcycle Maintenance and comprise a motorcycle journey across Canada and the United States reflecting on lost liberty just like the original quest in the movie featuring George Christie called the Last American Outlaw. That profound documentary narrated by the Aging Rebel was originally supposed to be a modern version of Easy Rider following one man's journey on a motorcycle across the United States.

I think the theme of reflecting on lost liberty is very timely as the Constitution currently hangs by a thread. I think it's tragic George had a following out with the Aging Rebel and with Mead. I personally think it was because the Hells Angels put George out in bad and they didn't want to rock that boat. I have a huge respect for the Aging Rebel and there was nothing untrue about the narration he wrote in that profound documentary. Mead did a great job putting it all together.

So for me the journey continues in a posative direction endorsing civl liberty in a free republic. As Martin Luther King declared, "I say to you today my friends that in spite of the difficulties and frustrations of the moment I still have a dream." Rock the world soulja. Peace - not as the world knoweth but as the real Zen master knoweth. That peace comes from within. .

This is an overview of the book I am currently working on: Zen and the art of Civil Liberty.