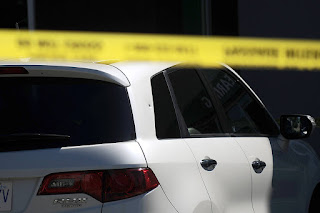 The Peace Arch News is reporting that "One man was taken to hospital with non-life threatening injuries after a targeted shooting in South Surrey at about 3:30 p.m. Thursday. Police were called to the Morgan Creek Corporate Centre, at 32 Avenue and 152 Street in South Surrey, investigating after reports of shots fired. One witness tweeted it “appears (to be) a shooting outside of drip lounge. Office building and vehicle in neighbouring parking lot struck by stray bullets.” Upon arrival, RCMP identified a male victim who had fled from the scene. The man, who is known to police, was found a short time later near the site of the shooting."