Word has it that not only has Davie Giles escaped justice but he just escaped from the loony bin again as well: 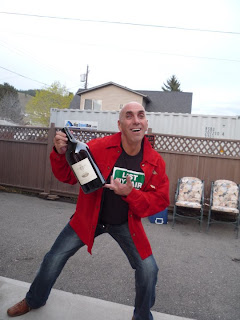 Gladly he was recovered and sent back to his old folks home. I think he just likes getting a rub down from the nurses. Looks like he's still living the dream. 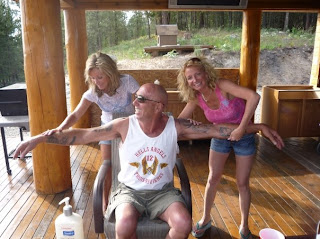 It's nice to see he has so many different fans that like him so much they keep sending me more pictures of him. Who says every one hates Skeletor? Not so. The rumors must be false cause Pimps don't cry. Much.

BTW Where's Geoff? If his disappearance was drug related, where is he? I thought he just did your laundry in Vegas. Wasn't Joey friends with Dale and a long time Hells Angels associate? Please advise. I guess there's two sides to every coin indeed. 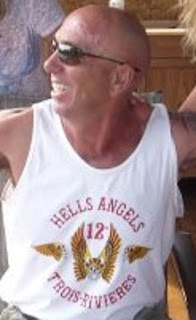 Speaking of Trois Riviere... I've been there. Nice place. Before the Hells Angels took over the drug trafficking. They even smuggled cocaine out of a detox centre there. He might as well be wearing a shirt that says I'm a murderer and a cocaine dealer. 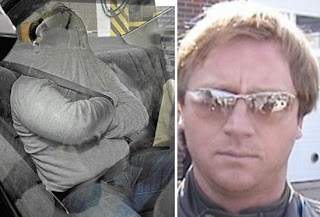 Isn't Paper Mario from Trois Riviere? Now there's a real winner. Nothin like back in the day when Davie Gyrator was running the show. Tell me Davie what do you know about the Death Riders murder that helped your club take over the drug trafficking in Laval? Do you know anything about the Lennoxville massacre? 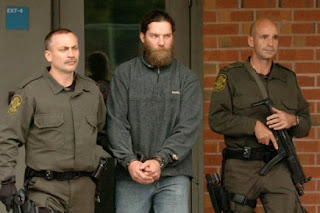 Or how about Marc-Andre Hinse from Trois Riviere? Connected to the drug trade in St John's. What were you doing out there last year Davie? Just going for a ride that's right. More like taking the public for a ride. Again. 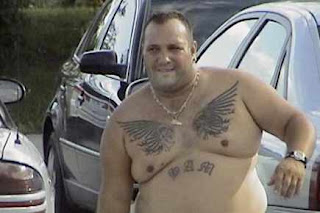