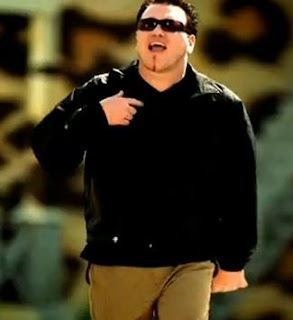 Hey Sophia Loren, I thought you didn't want me to post Randolph's picture? Somebody out there's talking shit. And don't tell me Tiny MacDaddy doesn't do business with people who sell cocaine. That has been proven wrong.

What's he doing commuting between Calgary and Regina anyways? Somehow I don't think he's selling Girl Guide cookies. Although he does look like a complete idiot in G-Unit gear. Now that's a finger and a thumb if I ever saw one. Game on. 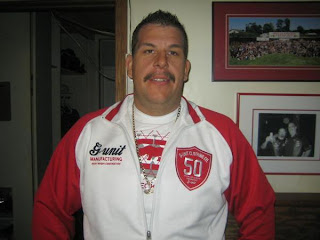 So what other stuff is the brain surgeon wanting to sell in Calgary at Clown Ink Tattoos? 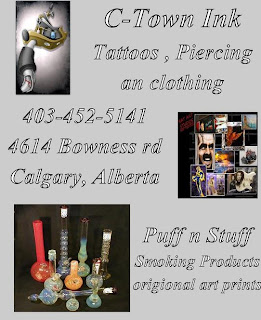 I guess Tiny Tim has been puffin too much other stuff. He released a new sequel to Weird Hal Porteous' rap video called Do You Think I'm Sexy? 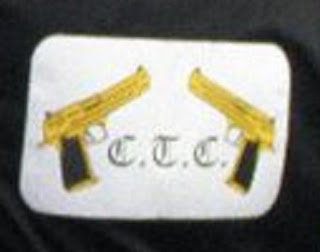 Why would a big guy have to hide behind a gun? Oh right, because he’s AWKWARD. What did that little girl say in Kendo? The bigger they are the bigger the target. Indeed. A 357 in the 604 will 86 any 81. Word.

All it takes is a 12 year old kid to pull a trigger and any one of us is dead. None of us are bullet proof. We are all expendable. Just ask Juels. Mind you that logo kinda looks like an old Banditos puppet club in Calgary. Isn't that ironic. 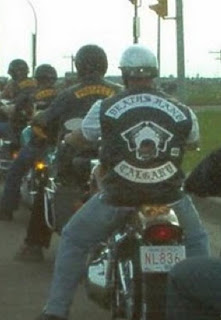