None Dare Call It Conspiracy 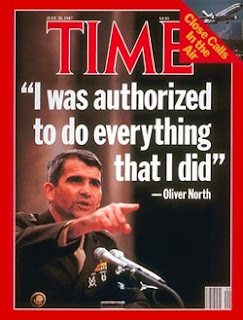 Uttering the word conspiracy can create polarized effects. Most mentally shut down and tune out with images of nut bars talking about UFOs and world domination. Yet conspiracies do exist and their greatest weapon is complacency.

Let's take Oliver North and the Iran Contra Affair. That was a conspiracy. Yet Oliver North claimed he was authorised to do everything he did.

Kennedy was assassinated. Many conspiracy theories about that event abound yet he was murdered. That is a fact not a conspiracy. The official report says he was shot from behind and Lee Harvey Oswell was convicted yet the video clearly shows he was shot from the front.

Kennedy Vetoed Operation Northwoods. A bizarre plan submitted by the Director of the CIA and signed by the Joint Chiefs of Staff. If Kennedy had not vetoed the insane plan, the Operation would have been implemented.

Posted by Dennis Watson at 1:05 PM