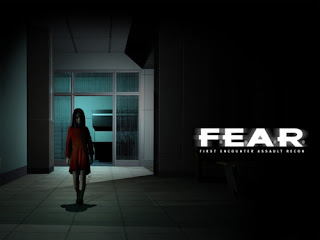 Public safety worries about corruption. What if a police officer was called to respond to a crime and they did not arrest the person who committed the crime? What if they did arrest the accused but the judge let them off even though the evidence clearly showed they were guilty? Those are some of the fears but for all practical purposes those scenarios would be exceptions not the norm.

What if someone was charged with hiring someone to commit a murder. What if the person who committed the murder plead guilty but the person who hired the person was let free? One problem is being able to prove something in court. In a democratic society someone is innocent until proven guilty. Sometimes that means guilty get off when there isn't enough evidence. That isn't necessarily a bad thing. Except when the only reason there isn't enough evidence is because people refuse to testify.

Two Hells Angles were accused of threatening a young man with a gun and beating him with a hammer. They were let off when the person refused to testify. That's hardly the police's fault. Some will no doubt try and twist the saga and claim the young man was violent. He had performed home invasions.

I think our biggest fear is when the police, or worse the crown, don't prosecute someone they know is guilty. Perhaps they were afraid of losing the case and establishing a bad precedent. Yet if the person was walking away free, you've already established a bad precedent so really you have nothing to lose in proceeding with a trial.

Other than money. Murder trials are very expensive and budget cuts are rampant. We do need to spend our money wisely. Wasting money on a huge murder trial could have put more police on the streets. Yet getting an organized criminal off the streets who hires drug mules and hires people to kill people would reduce the need for more police officers in a certain area. It's a catch 22 really.

Someone who owed Douglas Kuntz money hired someone to murder him and recover cheques made out to him in his possession. Only the shooter didn't recover the cheques because they were blood stained. The people who were hired to commit the murder were convicted but the person who hired them was not. That is what's scary.

At the trial of contract killer Mickie (Phil) Smith the court was told one of his murders was done for the East Vancouver Hells Angels at a crack house in Surrey. Mic said Yurik helped him chop up and dispose of the body. He claimed Yurik's not an Angel but he works with the Angels. I know he's done a lot of hits."

The Hells Angels have hired people to commit murder yet they have never been held accountable as an organization. Did Dustin Paxton act alone? I do not believe so but no one else will be charged.