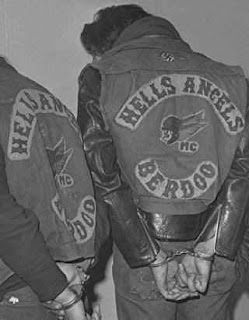 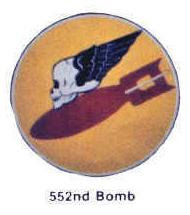 Yet they admit “From available historical information at HAMC Berdoo and extensive research by the 303rd reveals that no lineage exists between the HAMC and the 303rd other than both organizations having the same name.” I.E. they stole the name and logo but they did register it so they now own the trademark.

Yet they added devil's horns to the skull and London England coins the phrase Support your local 666 instead of support your local red and white. Nomad Bob Greene was the director of 666 holdings. You can really notice the horns on the deadhead the police pulled out of the Toronto chapter's clubhouse.

The Filthy Few patch originally had Nazi SS lightening bolts but those were replaced with the number 666. Why on earth would a grown man do that? You think that would be something a teenage kid who listens to heavy metal would do.

Think about it. The original military squad fought against Hitler's SS. They sure wouldn't use and promote his logo and ideals. Mom Boucher was a white supremest as was many of their allies. That is what the war fought against.