Geoff Meisner is not forgotten 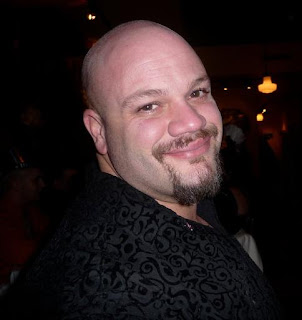 Geoff Meisner is still missing and not a word. When Britney Irving was found dead, the police announced Geoff's death was drug related. That's all we heard. Some said he was laundering money for the Boys in Vegas. I don't believe he stole pot from them. I think they wanted to give his job to someone else who would do it for less money.

There has been a lot more than Geoff and Britney gone missing over drugs in Kelowna and I think it's time we made a list and followed up on all the dead and missing.

Since Punko's case was overturned perhaps they were worried they wouldn't have gotten Peter Leask again and might have been found guilty of committing a crime on behalf of a criminal organization finally. If that was their motivation, you can't get any lower or dirtier than that. Yet I suppose it's not surprising coming from a club who would threaten someone's grandmother.

This whole case has really got me upset. It shows the bizarre randomness of how easy it is to fall out of favour with the Hells Angels. Step on an eggshell and you're dead. Juel Stanton's not the bad guy here. Neither is John Punko. The bad guy is the evil organization that uses people, betrays them, then casts them aside like garbage.

I think this case is precedent setting. If the East Vancouver Hells Angels killed Stanton like the court was told they killed Percy Soluk, then how can the East Vancouver Hells Angels not be a criminal organization? How can you as an organization contract the murder of individuals and not be guilty as an organization of criminal conduct? You can't. The criminal organization status is there to be submitted to the courts. It's not just on the merit of their ruthless take over of the drug trade. It's because of the documented cases where they have hired someone to kill someone.

Take the Douglas Kuntz murder. Someone owed Douglas Kuntz money. They hired two people to murder him which they did. Only they didn't recover the two cheques in Kuntz' pocket like they were supposed to because they were blood stained. The hitmen who committed the murder were convicted but the person who hired them walked. It doesn't take a brain surgeon to figure out who hired them. Who owed Kunts money and who were the two cheques found in his possession made out to him from? That's it.

What kind of club would ask the Bacon brothers to take out the leadership in the old Red Scorpions because Haney chapter had beef with them, only to betray the Bacon brothers after they did it? Using someone and betraying them is worse then being a police agent. Just ask Robert and Dave Pickton.

There has been enough murder. I don't want to hear that someone shot Davie Giles. He's a senior citizen. Leave him alone. Just be known that he is not from East Vancouver, he is from Halifax and lives in a rich Kelowna suburb. His friends did dirty deeds in Trois Riviere to take over the drug trade there. They are murderers. They are not nice guys. Ratting them out is not being a rat because they are the biggest rats of all. Word.