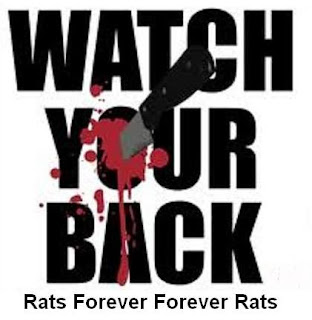 Well it turns out that Juel Stanton had the same start Mom Boucher and Robert Thomas did - as a petty thief.

October 1988: Marion Stanton and her two sons, Norman, 21, and Juel, 19, charged with 36 offences in connection with a Surrey-based stolen-goods operation worth $190,000. Juel was also charged with hit-and-run after running over a woman attempting to retrieve her daughter's stolen bicycle, injuring her.

Surrey rats stealing and fencing stolen goods. But that's not why they executed him. You'd think if they were going to execute someone for bad PR they would have executed Otis Garret. You can't get any worse PR than that. Murdering a mother and her twin daughters. You can't get any lower than that.

Why didn't they execute Otis Garret? Because he was Sonny Barger's pal and he was doing Hells Angels business. He ran a prostitution ring for the Hells Angels in San Fransisco. Sony Barger attended Otis' trial. Long after the conviction and long after the murder of the witness they still honour Otis on the Fifthly Few Vegas web site. Murdering witnesses is a Hells Angels calling card used as a warning to others.

If they were going to execute someone for bad PR why wouldn't they execute the Rat King in Australia and the crew that gang raped and tortured that girl from Melbourne. Instead of executing him the Rat King made sure no one testified against them.

Torture for drug debts? The Hells Angels are dirty and their execution of Juel Stanton is evidence they have no honour and will betray anyone anytime they want.