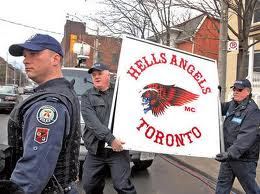 The Conservatives have the right intentions but the Liberals are out to lunch. Who cares about a census form? Making a census form less intrusive is not a conspiracy. Yet gambling is not what the Vancouver Gang war is about. We have government sponsored casinos all over the place.

The gang war in Vancouver is about trading BC Bud for cocaine and selling it as crack. It’s about selling crystal meth and pharmaceutical oxy fraud. The Hells Angels are the biggest problem in Canada and Quebec.

Consequently the Bloc has hit the nail on the head. They suggest defining the Hells Angels a criminal organization in the criminal code. I submit there is more than enough evidence to warrant this. Time to take out the garbage.