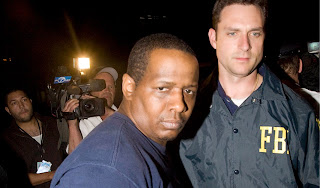 This story was on the front page of the Vancouver Province today and every media outlet across the country has picked up on the story. I have two analogies to relate it to. Some yuppie losers got a homeless man in Vancouver to light his own hair on fire and posted the video online.

It's quite likely they offered him a small amount of money to do it and they are cheering him on in the background of the video. The video was posted under the heading crack head sets hair on fire. So the rest of us are pretty outraged at how heartless these pos losers are for doing this and posting the video as though it's funny. Rightfully so. The news article implied the police are investigating the matter to determine if charges will be laid.

As slimy and dirty as it is, unless they were setting his hair on fire I really don't think there are grounds for criminal charges but two things come to mind. First is the exploitation factor. I'm glad people are upset by it. They should be. But what about other kinds of exploitation the homeless face on a daily basis that we consistently turn a blind eye to and actually promote?

The guy isn't just homeless they refer to him as a crack addict. What about the crack dealers in East Vancouver that give the homeless crack for free then beat the life out of them for payment. While the police look for these loser yuppies that paid a crack addict to set his own hair on fire how about looking right in front of our face and arresting the crack dealers that are brutalizing the homeless on a daily basis by giving them crack for free then beating the life out of them for payment. The Tony Terezakis videos are a prime example of what really goes on in the DTES on a daily basis. Tony thought it was funny too. So much so he couldn't hold back the laughter when they played the videos in court. That is messed up.

Instead of arresting the drug dealers at Main and Hastings who are brutalizing the homeless, we let them do it publicly and even hand out free crack pipes to promote their addiction and brutality. The only one profiting from our misdeeds are the drug dealers. If we are upset about these yuppies we should be even more upset with the crack dealers profiting from daily exploitation of the homeless.

The other point is the fact that crack addicts are desperate for cash. You give them five bucks and they'll pretty much do anything including setting their own hair on fire. What about James Cromitie? He's the one in the picture. Bill Tieleman reported that James Cromitie was a low-level ex-drug dealer who converted to Islam. A well-paid FBI informant befriended the Walmart worker and promised him $250,000 and a new BMW car to fire Stinger surface-to-air missiles at U.S. military planes and plant bombs at Jewish targets in New York.

If you take any crack addict in Whalley or the DTES, put a RPG in his hand and tell him you'll give him $250,000 and a new car to point it at a military target and pull the trigger, I don't think you'll find a single one that will say no. That doesn't mean you just saved the world from a terrorist. It means you just created one. James Cromitie was given 25 years in prison. 19 year old Mohamad Shnewer was given life in prison. That kind of entrapment just isn't right.

Here in Surrey they did the exact same thing. They gave a couple of Surrey drug addicts on the methadone program pressure cookers and told them to plant them at the Parliament buildings in Victoria. Only they had no idea how to make bombs out of them. They had food in them and they certainly didn't plant any bombs at the parliament buildings in Victoria. That just didn't happen and the Canada Day plot was a bold faced lie. They were originally charged March 2nd and CSIS still hasn't been charged with murder for providing the explosives for the Air India bombing.