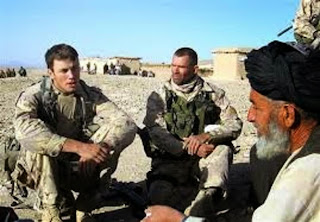 On a much more positive note, we have some refreshing news coming out of Hamilton, the city where the soldier who was shot in Ottawa is from. As tempting as it is to kick Rob Ford and Toronto Ward 2 out of Canada, Hamilton is definitely in. The Vancouver Province reported that two actors and a cameraman conducted a social experiment recently in Hamilton. They wanted to see what bystanders would do if someone was being racist towards a Muslim in public.

One actor tells another actor dressed in a traditional Muslim gown to get another ride, suggesting he could have a bomb. The actor is immediately rebuked by a middle aged man who says “You can’t stereotype and judge people by their clothes,” the man says. “Or their nationalities or anything else, you know what I mean? What happened there was an incident of fanatics.”

In another scene, a young woman says the Ottawa shooting was “awful and tragic but I don’t think that’s any reason to persecute someone because of what they are wearing.” Two other men take great offense to the actors racist remarks to the other actor dressed as a Muslim. One says to the guy “If we got such a problem, bud, we can go upstairs and deal with it,” then the other guy walks up to him and punches him in the head. “It’s a social experiment!” the actor cries, putting his arms up defensively. “Get the f— out of here,” comes the response. Now that's what I'm talking about. Hamilton wins for remaining true to Canadian principles.

The other day my mother called me up with a question. She's quite elderly and lives in a seniors home. She said one of the men there wrote a very mean letter about Muslims and read it out to two young Muslim women who were volunteering at the seniors home. He went on about how horrible Muslims are and said now take the towels of your head.

My mother was confused and asked me what on earth this guy was on about. She said I thought Canada meant we are from all different religions and cultures. It does I said. The guy has lost it. Sadly there are some in Canada who aren't old and senile that feel the same way. I mentioned about the shooting and said it was an isolated incident. She said she and the other ladies said they weren't going to sit with him if he reads that letter out. Good for them. There are still good people in Canada who remember our values.

My parents raised me to respect diversity not to fear it. That's what being a Canadian really means. That's what Canadian soldiers represent. Bill turner was a reservist from Ontario who went to Afghanistan with a regiment from Edmonton. He was killed by a road side bomb. Yet his eulogy shone a light on his true nature. "Hi, my name is Bill, and I'm here to help you." That was Lt. Bill Turner's favorite way of introducing himself to the locals he was sent to serve. He would sometimes sit down with local elders and brought kites for the kids. He was a real Canadian we can be proud of like Terry Fox. He is someone who did something positive and died for those values. 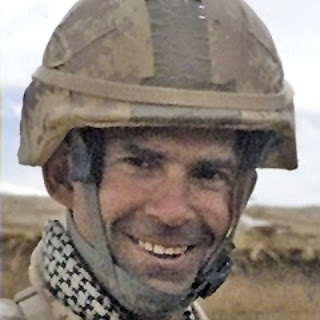 Trevor Greene is another. He was a Canadian soldier who was paralyzed after being hit in the back of the head with an axe while sitting down at one of these meetings with local elders and said he would go back and do it all over again. He is a courageous soldier with values. He previously wrote a book about the missing women from the DTES called Bad Date. He also wrote a book about homeless people in Japan called Bridge of Tears. His book March Forth relates to his determination to press forward after his March 4th 2006 attack.

On his blog he expressed his horror that Stephen Harper all of a sudden classified environmentalists as terrorist. "I am shocked, outraged, and embarrassed by the government’s proposal to prosecute environmental protesters as terrorists. Embarrassed because I fear that our country’s stellar reputation among nations—which dates back to Vimy Ridge in 1917 and burnished by Lester B. Pearson, who won the Nobel Peace Prize 40 years later for basically inventing peacekeeping— would be irreparably damaged if the cherished democratic ideal of peaceful protest were to be criminalized."

"Undeterred, CSIS and the RCMP have identified Greenpeace and People for the Ethical Treatment of Animals as ‘ multi-issue extremist groups’ and a threat to Canadians, according to the Globe and Mail. Putting Greenpeace and people like David Suzuki on a par with Al-queda and the brutal thugs of the Taliban is an act I would expect from a Margaret Thatcher or George W Bush, or, for that matter, Moammar Kaddhafi." Indeed it is. Trevor Greene is a true patriot. Stand True. 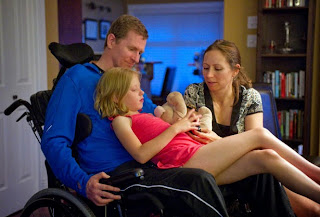 Posted by Dennis Watson at 6:43 AM