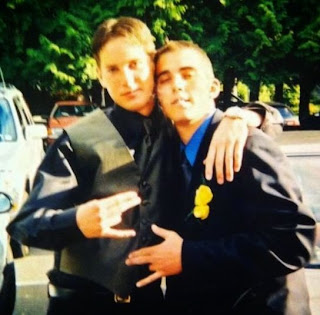 The Vancouver Province is reporting that Brody Robert Paterson has been arrested and charged in connection with the April 2013 murder of Craig Widdifield at Morgan Crossing in White Rock. The timing of the murder is interesting because it is around the same time the White Rock Hells Angels "pretended" to do a hit for Silk Road and extorted money for the murder from him.

According to US court documents someone in White Rock was extorting the owner of the Silk Road web site and Ross Ulbricht, the owner of Silk Road, paid the Hells Angels to kill him. The Hells Angels admitted to collecting the money for the hit but claimed they never executed the hit. The Canadian police told the US authorities at the time there ws no murder in Canada around that time that they were aware of. Yet this one was.

The US indictment is actually a very good read. Page 5 Murder for Hire # 2 is about the Hells Angels. Murder for Hire #3 through #6 is about how they tried to make him pay for another hit as well as the three people he lived with. Randy Jones' brother Trevor used the name red when dealing with the Washington state drug ring. In this case the guy uses the name redandwhite which obviously represents the Hells Angels.