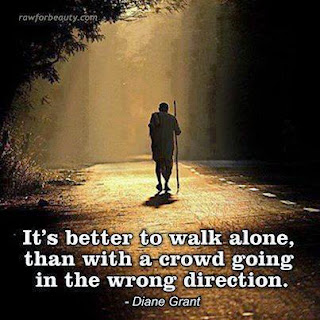 The Vancouver Province is reporting on an area in Surrey near Newton beside a trailer park full of drugs I previously reported on that has been an ongoing problem. They are calling it the Field of Screams and claims that Surrey property is a den of just about any vice you can name.

The headline on the front page read Paradise for drug dealers and squatters. Then the headline on the actual article in the paper read "Somebody ... is going to get killed." Doesn't sound like much of a paradise to me. Again we have yet another ongoing problem in Surrey that Dianne Watts and Linda Hepner have refused to deal with just like several other ongoing problems that have resulted in more murders. When the murder occurs we throw our hands in the air and claim we have no idea what happened. Let's create a task force to find out why. Not. Let's respond to the ongoing complaints of criminal activity before they result in more murders.

In Newton, the businesses and residents complained about open drug dealing which resulted in a flood of violent crime while Dianne Watts and Bill Fordy did nothing. The businesses claim the police refused to arrest the drug dealers selling drugs outside their businesses.

Behind Green Timbers pub the residents kept complaining about an after hours booze can in a residential neighbourhood. After the city's refusal to do anything about it, the residents said what are going going to do, wait until someone gets shot. That's exactly what happened in both cases.

In 2013 Dianne Watts exploited a media opportunity when the press got wind of the fact that a teenage girl wrote the mayor complaining about the drug related violence in here trailer park on King George Hwy. Dianne Watts in her ivory tower said yeah that's a shame. The landlords shouldn't rent to people who are addicted to drugs or sex trade workers. Her inaction there resulted in yet another shooting. Three strikes you're out.

So here we are yet again. The same problem in the same area still exists and other candidates claim there is something we can do. In each case residents are reporting illegal activity. When the police and the city refuse to enforce the law that makes them criminally culpable and they become accessories to murder.

In the new report on the previous problem this time referred to as the field of screams, the Vancouver Province reported that the area is plagued with "Thefts, break-ins, strangers wandering around, fences cut, shelters built in the woods, garbage dumped, drug deals, prostitution and stabbings."

The problem starts off with drug dealers selling crack in public. When the police let that happen it creates a forest fire of drug related violence. Addicts steal to pay for the drug, addicts resort to working in the sex trade to pay for their addiction and it spirals down into a cesspool of exploitation. The predatory drug dealers exploit the homeless by giving them free crack then beating the life out of them for payment which creates a tsunami of violence crime.

The answer is simple. Don't kick the cat, arrest the crack dealers. That is the New York model. Doug McCallum says enforce the bylaws which he did when he was mayor by evicting crack houses onto the street. Barinder Rasode says get police to walk the beat in that area. Exactly. Both actions are needed to confront the crime that is causing the problem: crack dealers. Stop kicking the cat or pretending there isn't anything we can do. We can arrest the crack dealers. If we refuse to do so we become accessories to murder. It's that simple.

The Vancouver Province is also reporting that Cloverdale Chamber of Commerce plans to partner with Vancouver Board of Trade due to Surrey's (Linda Hepner and Dianne Watt's) broken promises.

I'll have to admit Barinder Rasode has some good marketing going on. Right after posting her signs that say one tough mother her supporters start putting up new signs at the last minute that say One Surrey like a Bob Marley or a Black Eyed Peas plea for one love or a U2 we are one campaign. In contrast to Lind Hepenr and Dianne Watts happy bunny of greed and self indulgence.

I'm still voting for McCallum but I have no problem if Rasode takes out Hepner. We need to change and start walking the walk instead of talking the talk when it comes to crime prevention. I just hope they don't split the vote and leave us with the same pile of toxic waste. Where is the love? We are one but we are not the same. When it comes to crime, I still rather be more like me and less like you. I's better to walk alone than with a crowd going in the wrong direction. Word. 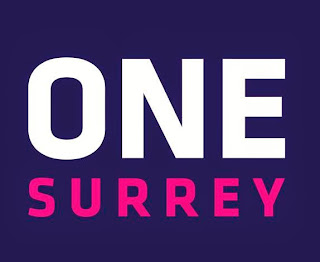 Posted by Dennis Watson at 9:48 AM