Judicial Watch is reporting that "On November 18, 2014, Judicial Watch obtained a massive production of documents in response to a June 2012 Freedom of Information Act (FOIA) request and our subsequent FOIA lawsuit. All told, over 10,000 documents, which include about 42,000 pages, were disclosed to Judicial Watch. They are now available at this link."

Although I am inherently cynical and skeptical of which documents the Obama Administration will release and which ones it will continue to hold back, there is some relevant information in these new documents worth discussing.

Judical Watch reports that: "Perhaps one of the most chilling exchanges JW uncovered in this latest batch of documents is a highly explosive email from a top DOJ official to a White House official. It reveals the lengths to which the administration went in order to target and silence then-CBS investigative journalist Sharyl Attkisson."

"On October 4, 2011, Holder's top press aide, Tracy Schmaler, tells White House Deputy Press Sectary Eric Schultz, 'I'm also calling Sharryl's [sic] editor and reaching out to Scheiffer. She's out of control' Schultz responded, "Good. Her piece was really bad for the AG.' Schultz also detailed to Schmaler that he was working with a journalist (Susan Davis, formerly of the National Journal and the Wall Street Journal now the chief congressional reporter for USA Today) to target Rep. Darryl Issa (R-CA), the House Republican leading the charge on Fast and Furious: 'And I sent NJ's Susan Davis your way. She's writing on Issa/FandF and I said you could load her up on the leaks, etc.'"

As we approach December which is what I refer to as the Gary Webb appreciation month and the 10th anniversary of his murder, it is important to note the source of the same opposition and propaganda he faced exposing the Dark Alliance to what Sharyl Attkisson and any other main stream reporter trying to report on Fast and Furious faces today. The Agency and the Administration launches an attack on free speech by attacking reporters that reported on Fast and Furious while at the same time worked with other reporters in the media to run interference and post propaganda spinning the truth doing damage control to prevent the public from understanding what was really going on. It's exactly the same thing that happened to Dan Rather.

This is why the public is cynical of the "main stream media." Not only because they are bought up in corporate mergers and cave into corporate advertizing, but because the Agency is directly involved in controlling reporters they have in place and silencing opposition. It's the same thing a Communist or Fascist government does it's just that in our case the CIA uses propaganda to pretend it doesn't. The Freedom of the Press is a sacred right protected by the Constitution. This is in effect another complete assault on the Constitution the President swore an oath to defend.

Another aspect of the Gary Webb story is the actual message. I'm still trying to find a copy of Freeway Ricky' new documentary Crack in the System that supports the new movie Kill the Messenger but Alex Jones reported on an important part of the Freeway Ricky story.

I don't care if people love or hate Alex Jones. In this article he makes an important true statement. He said that when the Taliban came to power in Afghanistan, they had brought opium production to a grinding halt. After the allied invasion of Afghanistan, Afghanistan once again became the largest producers of opium in the world. That is a true fact we have to deal with.

Alex Jones also reported that the US military in Afghanistan were protecting the opium crops openly. When that news broke the military lied and said if we don't do it the Taliban will despite the fact that the Taliban had brought opium production to a grinding halt and were growing wheat instead. He also points out the CIA were the ones that set up the Golden Triangle in the Vietnam war which was confirmed by US war hero Bo Gritz and CIA insider Terry Reed. The CIA's drug trafficking and money laundering from the Vietnam war is what crashed the Nugan Hand bank in Australia. These are facts that we have to deal with.

The media points out that an AK-47 from Fast and Furious was used in another gang hit. Yet not a word is mentioned about the drug trafficking aspect of Fast and Furious. Tons of cocaine is a significant amount. When I did that interview with the US conspiracy radio show the Plane truth, the interviewer asked me how many government officials were fired after it became known that CSIS provided the explosives for the Air India bombing? Not one I said.

His point was that in the US, when a scandal breaks out someone always takes the fall and resigns. Case in point Eric Holden. He's taken the fall for Obama for Fast and Furious. Now Tracy Schmaler has resigned from the Department of Justice taking the fall for the media manipulation in defiance of the US Constitutional provision protecting the Freedom of the Press. So what are they going to do with her? Make her a Fox News host along with war criminal Oliver North? Susan Davis, the CIA asset they used to launch the false news reports is still the chief congressional reporter for USA Today so nothing has really changed. Eric Schultz, the White House Deputy Press Sectary who launched the attack on the Constitution is still in office. At least in the US they pretend to do something about it. In Canada we don't even bother to do that. CSIS has not been charged with murder in the Air India bombing and sadly, no one really cares. 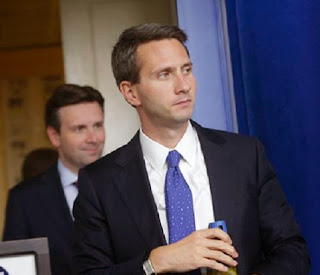 A look at the heavily edited documents reveals the dramatic nature of the scam. This is not complying with the court order. Some of the documents are so edited there is nothing in them. Despite that, this disclosure as well as the previous one has nothing to do with the documents the court has ordered Obama to produce. All of these documents are e-mail sent after the sh*t hit the fan and show a glimpse of the Administration's attempt to do damage control and cover it up.

Where are the documents that explain the CIA's role in setting the whole thing up? We know from Whistle blower John Dodson's first hand account, Washington was keenly interested in Fast and Furious from day one. Obama will never release the real documents that show the CIA's role in setting the arms dealing drug trafficking plan into operation. Doing so would put him in jail and he'd end up like JFK. Obama's not the big bad wolf here. The CIA is.