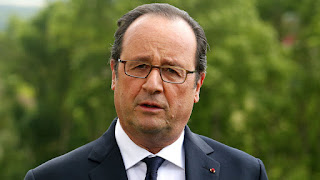 Various world leaders have come out with some pretty absurd statements in reaction to the recent passing of Fidel Castro. Justin Trudeau takes the cake for twilight zone absurdity. Obviously no one wants to speak ill of the dead and trash someone after they have died. That would be disrespectful to the grieving family. Yet it becomes a concern for world peace when we rewrite history and misrepresent Communism to be good when we have clearly seen that it is not. 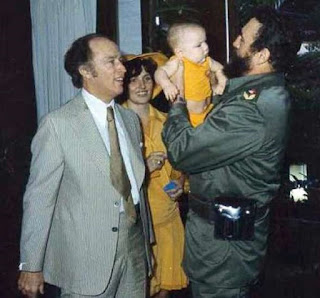 I understand that Justin Trudeau's father was friends with Fidel and that Justin met Fidel when he came to his fathers funeral. I respect that. However, I have serious concerns about the Marxist Leninist atheist state Fidel created after seizing power as a dictator following the revolution. All dictatorships are bad whether they be left or right. I agree the Batista government was no better than Castro. The CIA and the United States should not have endorsed such a corrupt government. That indeed paved the way for the tide to change in the wrong kind of revolution which created a Communist state instead of a free republic.

Conservative leadership hopeful Lisa Raitt stated No @JustinTrudeau, Castro was not a 'remarkable leader', he murdered and imprisoned thousands of men, women and children. She's right. Putin made reference to the free and independent Cuba created by Castro. That is absolutely absurd. Cuba is anything but free and independent.

Francois Hollande, the socialist president of France was the voice of reason in the debate. Reuters is reporting that "Fidel Castro was a towering figure of the 20th century. He incarnated the Cuban revolution, in both its hopes and subsequent disillusionments," Hollande said in a statement. "France, which condemned human rights abuses in Cuba, had equally challenged the U.S. embargo on Cuba, and France was glad to see the two countries re-establish dialogue and open ties between themselves," added the Socialist party leader.

Cuba is not a free republic. They have political prisoners. Yet enforcing a trade embargo with Cuba while promoting trade with Communist China is absurd. China has far worse human rights violations than Cuba. Ignoring that is socially irresponsible.

La Niña is a Netflix series about FARC in Columbia. It is even better than Narcos because it is made in Columbia not by Hollywood. The story is heartfelt and real providing profound insight into that conflict. Farc is a Communist revolutionary group that has enslaved Columbia for years. 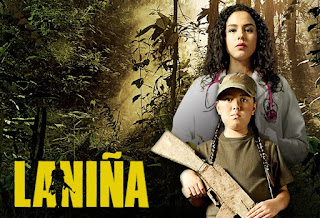 Update: Reuters is reporting that "Canadian Prime Minister Justin Trudeau will not attend the funeral of Fidel Castro, his office said on Monday, days after Trudeau's warm comments about the late Cuban leader sparked a backlash."

That's kind of unfortunate. I don;t want to be a part of a lynch mob. I recognize that Castro was a friend of his father and that he attended his father's funeral. I don't have a problem with Justin respectfully attending Castro's funeral. I'm just concerned with blanket endorsements of revolutionary Communism. Like I said, Cuba's human rights record was not as bad as China's.