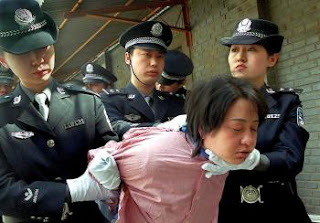 Amnesty International has called upon China to release the numbers of people they execute ever yar. Right now the number of people they kill is a state secret. Amnesty International claims that the Chinese authorities executed thousands of people in 2009, more than the rest of the world combined. These aren't people convicted of drug dealing or murder. These are political prisoners executed to order for organ harvesting.

We need to look at the torture that includes human rights lawyers in China.

Canada Pension investing in China knowing that is like investing in Adolf Hitler during the Holocaust. We need to change that investment of public funds.