Someone with a brain runs for the Peoples Party 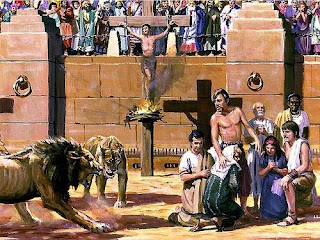 It appears that Maxime Bernier's new political party, the People's Party of Canada, is running a candidate in the Burnaby-South byelection. Laura-Lynn Tyler Thompson is a Christian blogger. She's done for. The new world order doesn't support the freedom of religion and the Canadian Charter of Rights. She has lost already by admitting that she is Christian. You'd think this was pre Constantine Rome. I am going to address how the MSM is misrepresenting her candidacy.

The MSM is billing her as a controversial anit SOGI activist but wait a minute SOGI sucks. Completely. Laura-Lynn says she disagrees with telling elementary school children there is no such thing as gender. Well so do I. Nobody wants a Gay, Lesbian or Transgender kid to be bullied or heaven forbid commit suicide. However, that's got nothing to do with telling young children there's no such thing as gender. That's simply bat sh*t crazy.

"Maxime Bernier says his People's Party of Canada won't touch hot-button social issues such as abortion, transgender rights or gay marriage in its platform, but candidates can express their own opinions on those matters." Interesting. Free speech. What a concept.

Jennifer Clarke is a candidate for the People's Party of Canada in the Nanaimo-Ladysmith byelection. When Maxime Bernier left the Conservatives and formed his own party I was somewhat cynical. However, there are somethings I agree with him on.

I will give him a platform and specify what I do and don't agree with. Most of what he says I agree with. However, I support a free republic. That means I believe in the previous American and French dream which has faltered in our new world of hate. Diversity makes us strong.

On that note, best of luck to Jagmeet Singh, the new leader of the federal NDP who is also running in the Burnaby byelection. I like him and he isn't even from Surrey. I am however, somewhat concerned about his position on legalizing all drugs. I firmly believe that is the wrong road and for that reason I simply cannot endorse or vote for him. If he found a place in his heart to change his position on that issue, I'd be like let's go team. Until that happens it's no deal.