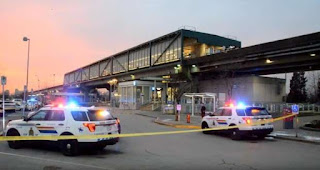 CBC is reporting that "Transit Police say one of their officers was shot near the Scott Road SkyTrain station around 4 p.m. PT. A spokesperson said the officer should be OK. Surrey RCMP said the suspect remains at large and may be armed." That's a first. Usually these gang bangers just shoot each other. City TV is reporting that the shooting took place during rush hour and that the police are searching Bridgeview for the suspect. Bridgeview? Figures.

The police have released a surveillance video of the suspect. This kid is screwed. He is going to get in a lot of trouble from the people he got the gun from. They're probably going to kill him before the police do just to get the heat off of them. 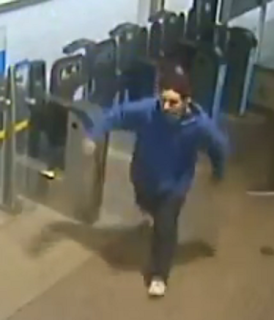 The Canadian Press is reporting that "Police say they have identified 35-year-old Daon Gordon Glasgow as the alleged gunman and he has a history of violence."

Global is reporting that " Daon Glasgow has a criminal record including a B.C. conviction for drug trafficking and major theft charges from Ontario. He was wanted on a Canada-wide warrant for being unlawfully at large at the time of Wednesday’s shooting. Glasgow was initially sentenced to 10 years in prison, minus a year for time served."

"In 2015 the BC Court of Appeal reduced that sentence to 8.5 years, granting him time-and-a-half credit for time served prior to trial. Glasgow pleaded guilty in 2011 to manslaughter in the 2010 shooting death of Terry Scott in a McDonald’s bathroom during a drug deal gone wrong."

Glasgow was granted statutory release for that murder Oct. 26, 2018. 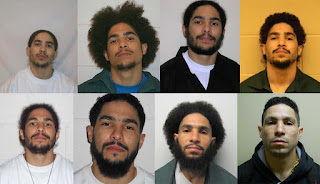 The Canadian Press is reporting that "Police say they arrested a man days after he allegedly shot a transit officer in Surrey, B.C., on Wednesday. McDonald says Glasgow was arrested Sunday around 5:30 a.m. at a four-plex home in Burnaby, B.C. He's being held on an outstanding warrant of being unlawfully at large. McDonald says Glasgow has not yet been charged in the shooting, but police are working with the B.C. Prosecution Service."