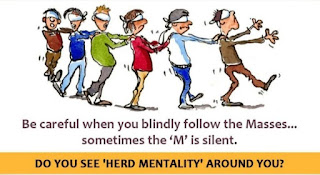 Since the media is completely misrepresenting the new pipeline protest I will point out the obvious since the majority of people have no idea what they are actually protesting. In BC, Vancouver specifically, there were large demonstrations against the Trans Mountain Pipeline that would bring unrefined Alberta Tar Sands oil to be shipped through the Port of Vancouver. The courts have halted that pipeline temporarily.

After that happened, John Horgan from the NDP announced the approval of the LNG Natural Gas pipeline to Kitimat. Everyone was patting themselves on the back for a job well done. Burning Natural Gas is much cleaner than burning coal. This pipeline has been approved by the democratically elected government and all twenty First Nation Bands in the area.

What we are seeing is a handful of members from some of those bands maintaining a blockade saying we disagree with our First Nation Leaders. We the minority want to overthrow the democratic will of the majority. That is what we are seeing. What's even more absurd is seeing protests in Toronto and the United States in "Solidarity" with the coup against democracy.

This isn't tar sands oil, it's natural gas. I don't support this protest because it is protesting Democracy. Yes water is sacred. So is democracy and you defile it when you trample over it.

"TransCanada has completed benefit agreements with all 20 elected First Nation bands along its Coastal GasLink pipeline route from Dawson Creek to Kitimat."

The Trans Mountain Pipeline is more controversial because it contains unrefined tar sands oil. The Alberta government is running commercials in BC supporting that pipeline called Keep Canada Working. In that commercial they admit that pipeline is not for domestic use or for selling oil to the US it is for foreign markets specifically China.

The commercial claims it will help Canada become less dependent on the US and have the ability to sell oil to China at a higher price but that is simply untrue. China owns our oil rights. Selling oil to China for less than it costs us to produce it is bad business. Selling oil or electricity to Canadians for more than we are selling it to foreign markets is also bad business.

The LNG pipeline in Northern BC is different. It has the approval of the First Nation Leaders.

This project takes natural gas from Dawson Creek to an LNG export facility near Kitimat.

This pipeline has absolutely nothing to do with the Tar Sands you f*cking idiots. 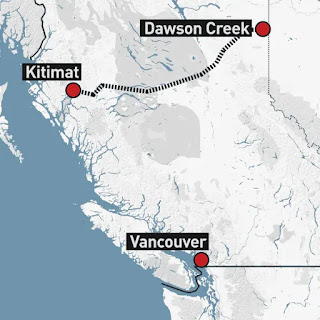 Crystal Smith, chief councillor of the Haisla Nation, was emotional at Tuesday morning's announcement. "On behalf of our entire nation, we extend our gratitude … for the investment being made in Haisla territory," she said. "Haisla … history is unfolding before our eyes. We are having a share and we are having our say."

"LNG Canada made headlines last October when it announced that it was proceeding to build a massive liquefied natural gas (LNG) export terminal in coastal Kitimat, B.C. to bring the province’s natural gas to overseas markets. What was less covered was the literally years of consultation and engagement that resulted in approximately 25 individual agreements with affected Indigenous groups by LNG Canada and Coastal GasLink (the owner and operator of the 670-km pipleline that will deliver gas to the LNG export terminal). These agreements were signed by elected officials on behalf of their more than 15,000 members."