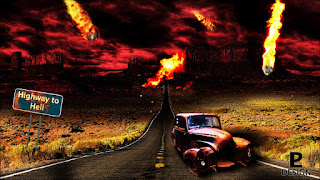 The National Post is reporting that "B.C. gives up on its addicts and decides to just keep them on drugs. Exactly how will installing vending machines with high-dose opioids help drug addicts kick their habit?" The National Post nailed it. Hey ho, Justin Trudeau and the BC NDP have got to go.

"The British Columbia public health authorities are making a huge mistake. The province is advancing a series of reckless interventions that are counterproductive in fighting the opioid epidemic. If B.C. continues in this manner, the province is destined to remain in a state of perpetual opioid addiction." That is only in the pharmaceutical companies best interest.

"Ottawa recently granted approval of a B.C. pilot to distribute high-dose hydromorphone, a potent opioid, three times daily at supportive housing units and supervised injection sites. Drug users are free to use the hydromorphone as they please; authorities anticipate many will crush and inject the opioids to intensify their high. Moreover, the province has plans to grant qualified opioid users biometric access to vending machines of hydromorphone for drug users’ convenient consumption." This is NOT the Portugal model. This is the highway to Hell.

The Portugal model implemented mandatory treatment. This is not treatment this is the opposite. It is once again promoting addiction. It is a direct contradiction to the BC government's recent class action lawsuit against the opioid industry. Now they are going to have to sue themselves.

The Portland Hotel Society is dripping in corruption. It is in a conflict of interest.

CBC reported that the B.C. government has released details of a damning audit that shows a non-profit group that looks after some of Canada's poorest citizens spent thousands of dollars on lavish hotels, limousine rides, expensive dinners and even a trip to a Disney resort. Separate financial reviews examining expenses by the Portland Hotel Society - which runs Canada's only supervised injection site - have uncovered alleged misuse of corporate credit cards, unsupported expenses and inadequate criminal record checks.

The Huffington Post reported that Jenny Kwan is back from an unpaid leave she took after government audits revealed financial irregularities at the Portland Hotel Society, including lavish travel expenses. Kwan says she believed her former husband Dan Small covered the travel expenses for herself and their two children, but audits reveal the society covered the costs. Those aren't volunteers at the Portland Hotel Society. Those are paid staff members.

“I call on the committee, especially the elected representatives, to stop allowing a group of activists, whatever else they're clothed in, to dictate Canada's drug policies. The people of Canada and elected officials need to set drug policy.’

"The most telling thing I saw that never found its way into the media was that only a small percentage of drug users use Insite. It's not reaching the cocaine users. An even smaller portion use it for the majority of their injections. As I told CNN, it's like building a dyke out of chicken wire. Why, then, is this still being clung to? "

Posted by Dennis Watson at 4:51 AM