Bill C-13 does away with civil liberty

Speaking of Stephen Harper's Corporate Communism, Open media.ca has put out a new youtube video about bill C-13 that has been picked up by the Huffington Post. Warrantless surveillance is illegal. They are violating the Constitution and the Charter of Rights. There is nothing good about this deception. This is big brother in your face. Everything he promised to oppose. Sound familiar?

Vikileaks Toews, the good Christian who had an affair on his wife and fathered a child with a younger woman originally said anyone who opposes this bill supports pedophiles. That was a bold faced lie. When the media told him the bill gives the police the right to put someone under surveillance who has not been accused of a crime he said he was surprised to find out that was in the bill. Liar. Even Michael Geist opposes it. Somehow I don't think he supports pedophiles. This is about protecting civl liberty. Something the Harper government opposes. 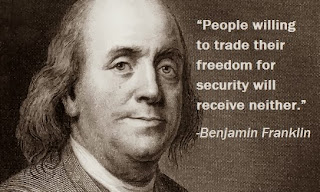