Another Senior assaulted in Newton 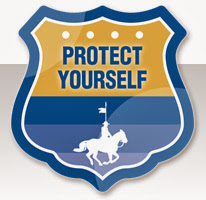 The Surrey Leader is reporting that a South Asian senior was taken to hospital after a brazen midday beating to his face and hands in Newton last week. Surrey Mounties are asking for public assistance after a 72-year-old man was beaten and robbed at 1 p.m. on Thursday at Newton Athletic Park.The attack occurred just over three kilometers from where hockey mom Julie Paskall was fatally beaten in December outside Newton Arena, near 72 Avenue and 136B Street.

The Surrey RCMP is counseling citizens to protect themselves and claims that "Personal and public safety is everyone's responsibility – play an active role in crime reduction!" Perhaps Bill Fordy and Laura Balance are handing out permits to conceal. I'm not sure how a 72 year old man is supposed to protect himself from being mugged in the middle of the afternoon. Personally I think an increased police presence in that area to address the public drug dealing would be a more appropriate allocation of tax dollars than Dianne Watts ivory tower but that's just me.

Posted by Dennis Watson at 1:20 AM