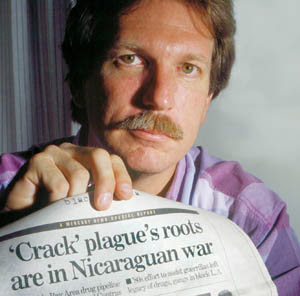 I realize I should simply ignore trolls because they are simply trying to get me riled and stop the flow of information. However, I will address one of their recent ridiculous claims. Some of them are saying Agent K is a nutbar in a tinfoil hat and his blog has degenerated into crazy conspiracy theories and has no credibility whatsoever. You're absolutely right so stop reading my blog.

If I'm such a nutbar and there is no credibility in my blog, then stop reading it. No one is forcing anyone to read it. I'm certainly not making any money from it. I still don't understand where this tinfoil hat idea comes from. I realize it's just a joke but I never understood why some whacked out conspiracy theorist would wear a tinfoil hat in the first place. That never made sense to me.

I realize there are more conspiracy theories out there then trolls on the internet which are plentiful. I don't talk about UFOs or many of the bizarre theories out there but I do talk about Gary Webb. Even Katherine Austine Fitts believes the Gary Webb story. He was an award winning investigative journalist who claimed the CIA were responsible for the US crack epidemic in the /80's. In the face of all the rage and denial he documented everything in a book called the Dark Alliance.

Since Gary Webb there has been a huge amount of information come forward that totally supports the premise that the CIA have been heavily involved in drug trafficking and money laundering for many years. Operation Fast and Furious is a continuation of that network. I find it relevant to my blog because to stop the crack dealer on the street preying on the homeless, one must examine the root of the problem and find out who the biggest suppliers really are.

I also believe that 9/11 was an inside job. Professionals in the filed will tell you that all three towers, including tower seven which fell even though no planes hit it, collapsed into their own blueprint at free fall speed just like a controlled demolition. The science declares that the only way that can possibly happen is if the load bearing beams are blown out. That means someone had to have gone in beforehand to plant those explosives on the load bearing beams.

No conspiracy theorist made up Operation Northwoods. That declassified document does exist and we need to talk about how such a treasonous plot made it so far into the US government. If Kennedy hadn't vetoed the idea, the CIA would have implemented it. That's all there is to it.

A few years ago I had a second job on a local ski hill. I was speaking with a guy about politics. He comes out with, Don't tell me you're one of those who believe 9/11 was an inside job? I stopped what I was doing, looked him in the eye and said yes I do. A young girl who I had been working with for some time and had finished her degree in university was shocked. Her mouth fell open and she just looked at me as though I had said I was an alien from outer space. I just smiled and said what? I do. Shrugged my shoulders and went back to work. It is what it is. I am what I am. If you think that's silly then don't read it. There are millions of other blogs out there. I'm just one of them.

Posted by Dennis Watson at 3:29 AM