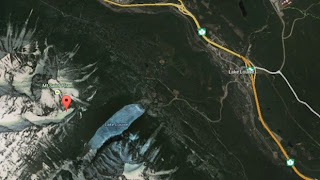 CBC is reporting that an Avalanche near Lake Louise leaves 2 snowshoers dead. Evidently they were at Lake Agnes exactly where I visited last January during the ice carving festival.

A party of five were at the bottom of a steep slope and triggered an avalanche at 3 p.m. while on Lake Agnes. Two snowshoers were buried. The uninjured party members were able to call for assistance with a cell phone and extricated one of the buried snowshoers.

I'm curious as to the exact location. If they were on the lake they weren't at the bottom of a steep slope and couldn't have triggered the avalanche. If they were on the trail on the way to the lake, there definitely are places there where there could be an avalanche. In fact when I was there they said the 1/2 mile trail to Lake Agnes from Mirror Lake was in fact closed due to avalanche conditions but I assessed the risk and decided to proceed. Makes me kinda think twice about my risk assessment. 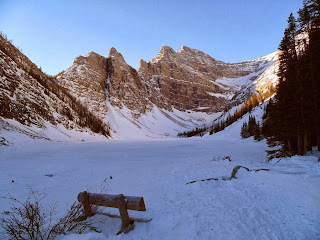 Update: Two separate avalanches near Lake Louise Saturday. CTV is reporting one of those avalanches claimed the life of a father and son at the base of Mount Fairview on the shore of Lake Louise. The other one resulted in a Calgary man in critical condition who was skiing with a group in the back country. Fairview is that awesome short trail near the Chateau right on the lake. 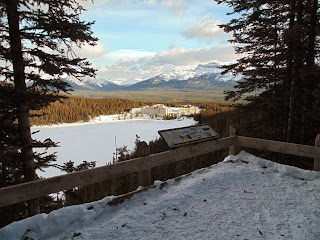 Tragically the father and his 11 year old son were simply tobogganing on the left hand side of the lake and were burried for a week before they were found. You can see the chateau from here. There is all kinds of spin going on calling it avalanche slope claiming they were negligent but come on, they were tourists. There id a trail up that slope that I snowshoed up myself when I was there and there are cross country ski trails on that side of the lake. It's a real tragedy. Eight deaths in one week in BC avalanches.

Posted by Dennis Watson at 9:55 AM