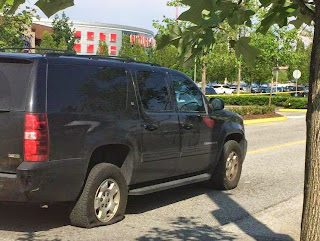 CTV is confirming a News 1130 Twitter post about a shooting outside Coquitlam Centre mall this afternoon. Global is reporting that "calls came in to RCMP at about 3 p.m. saying one person had been shot near the Montana’s Restaurant."

There has also been an update on the biker brawl in Waco Texas. Breitbart.com is confirming the claim that all the bikers who were shot dead were shot dead by police. Their source is the Aging Rebel who was told that by the bikers or supporters.