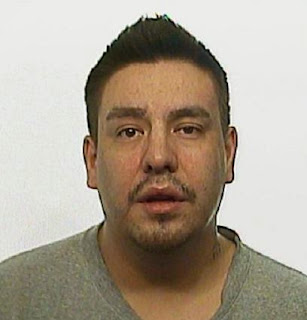 Police aren't saying exactly how or when Reno Lee was murdered but they are saying they found Lee's body north of Balcarres, Saskatchewan which is north west of Regina and the investigation began on April 23. On May 15th CJME reported that the Regina Police Service announced John Earl Desjarlais, 30, has been charged with first-degree murder in the death of Reno Lee.

CJME is also reporting that Four people are charged with first-degree murder: 31-year-old Daniel Theodore, 21-year-old Andrew Michael Bellegarde, 30-year-old Bronson Gordon, and Desjarlais. Desjarlais was already facing charges of kidnapping and aggravated assault in connection to Lee's death. Joni Victoria Reed, 29, has been charged with being an accessory after the fact to murder. CTV is reporting that 30-year-old Bronson Chad Gordon of Regina was arrested in Edmonton. CTV posted the above picture of Bronson who is one of the four men charged in Reno Lee's murder.