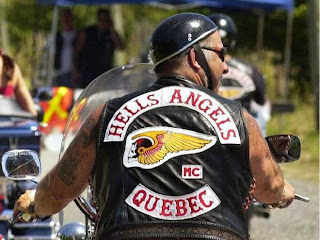 The Montreal Gazette is reporting that Fourteen Hells Angels and associates have avoided a trial set to begin next week by pleading guilty to taking part in a general conspiracy to murder rival drug dealers in Quebec over an eight-year period. The Hells Angels there contributed a portion of their drug profits into a fund to murder rival drug dealers.

Besides the guilty pleas, the prosecution obtained the court’s permission on Thursday to destroy two of the gang’s bunkers - one in Trois-Rivières and another near Quebec City - which were significant symbols of the biker gang’s defiance.