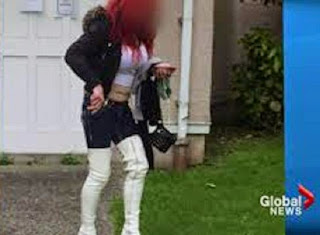 This is the same problem that keeps repeating itself like a broken record. Residents complain about drug related crime while the police and the city refuse to do anything about it. The Vancouver Province is reporting that Residents of an East Vancouver neighbourhood say the City of Vancouver must respond to a “surge” of prostitutes, crime and drug activity that they say is endangering area families and harming children. The petitioners want the city to bar prostitution from residential neighbourhoods and contain it within a “red-light” district.

Banning drug addicted prostitution from residential neighborhoods is a no brainer. Yet creating a red light district is indeed problematic because drug addicted prostitution is nasty. The residents are fed up with the bizarre extreme they are facing and are willing to resort to any compromise to get it out of their neghourhood. Kensington-Cedar Cottage may be in East Vancouver but it is nowhere enar the DTES and it is indeed full of kids. Allowing that kind of criminal activity in a residential nehgbourhood is in itself criminal. So is rewarding outrageous behavior.

Likewise the Vancouver Province is reporting that "four men charged after a Downtown Eastside drug den was shut down and the premises sold have had their drug charges stayed by the federal Crown. Randolph Brown, Shawn Brown, Mark Chung and Dennis George Knibbs were charged on a 15-count indictment after police searched the former Backpacker Inn in the 600-block Alexander Street and seized more than $300,000 worth of cocaine, heroin, marijuana and crystal meth. An estimated $50,000 in cash was also seized."

Do you remember that case? The police sent out press releases patting themselves on the back for busting a ruthless drug ring that was exploiting addicts and the crown drops the charges. The pattern of corruption continues. Once again the problem is the public drug dealing of crack.

Handing out free crack kits or free crack pipes is not the answer and is the exact opposite of the New York model everyone raves about. Crack pipe vending machines aren't the answer either. They are promoting the problem instead of confronting it. Homelessness and rising rents are a legitimate concern. People need homes not drugs.

Posted by Dennis Watson at 1:51 PM