46 Pharmacies confronted for abuses to the methadone program 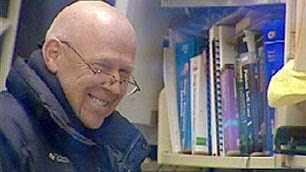 Well this is a small step forward. The Surrey Leader is reporting that "The B.C. government intends to effectively shut down as many as 46 Lower Mainland pharmacies by excluding them from the PharmaCare program in the wake of a review that flagged various abuses. Letters have gone out to the pharmacies giving them three weeks to argue why they shouldn't be denied the ability to bill the publicly funded drug plan effective next month."

"A regulatory change that took effect in December now allows the ministry to refuse to do business with pharmacies with a history of problematic business and billing practices, and forces them to disclose their ownership, management and track record."

At least we're starting to talk about some of the many abuses in that system. Slum Lord Greg Woolsey brought his DTES scam to Surrey. We was one of the slum lords that forced tenants to get their methadone prescriptions filled though him. He was running bogus recovery homes in Newton. They were flop houses where addicts could do drugs and use tax paid methadone.

This recent article is referring to scams the actual pharmacies pull. Yet the biggest and most costly scam of all involves the doctors over prescribing it in the first place. The idea of the methadone program is to help addicts get off of heroin. The purpose of the methadone program is not to create a million addicts to methadone. The biggest problem is the fact that it is VERY rare for anyone to be weened off methadone once they're on the program. This means doctors, pharmacists and drug companies and making a huge amount of money by scamming tax dollars.

Another scam is the fact that recovery homes like the John Volken Academy that actually teach addicts life skills, give them a job and help them get off drugs instead of turning them into methadone addicts can't get government sponsorship. This perpetuates the tax fraud.

The review found methadone costs covered by PharmaCare have climbed by an average of 7.6 per cent a year since 2001 to nearly $44 million, making it the program's second-highest drug cost." What about all the drugs seniors need but can't get coverage for? This pharmaceutical scam is bleeding our system dry. It's like you can't get an MRI but you can get free heroin at the Not very Safe Injection site. That is messed up.