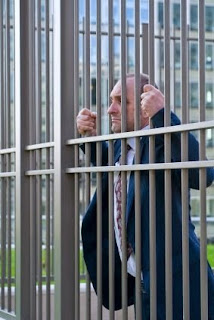 The Edmonton Sun is reporting that "a 'rogue' lawyer who was the complicit 'lapdog' of the ringleader of a $6 million Alberta mortgage fraud was put behind bars Friday for his part in the financial crime. Roy Elander, 65, was sentenced to 3-1/2 years in prison and ordered to pay $426,000 in restitution after earlier being convicted of 14 counts of fraud over $5,000. The judge ruled Elander was “instrumental” in facilitating the central Alberta mortgage fraud - orchestrated by Allan MacMullin - while acting as a lawyer for both the financial institutions involved and the straw buyers. "

The Edmonton Sun previously reported that the actual ringleader, Allan MacMullin, was given a 10 year sentence and ordered to pay more than $1 million in restitution to two financial institutions and various individual straw buyers after earlier being convicted of 38 counts of fraud over $5,000.

Another case of Mortgage Fraud in Alberta involved more than 100 people including Devinder Shory, Stephen Harper's Conservative MP for Calgary Northeast. CBC reported that the Bank of Montreal settled out of court with all but a handful of the 160 people involved after the insurance fund for lawyers, the Alberta Lawyers Insurance Association (ALIA) agreed to pay $9.2 million to BMO to settle the case on behalf of all 17 lawyers named in the suit which stopped the RCMP's criminal investigation dead in it's tracks.

Calgary Hells Angel associate Ali El-Sayed was convicted of being a "ringleader" of another mortgage fraud in Alberta. Ken LeBlanc and Ali El-Sayed's other associate Jahan Meshkati was shot dead in BC last year. Nobody likes a scammer. 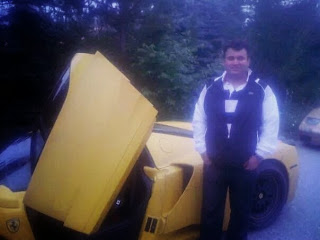