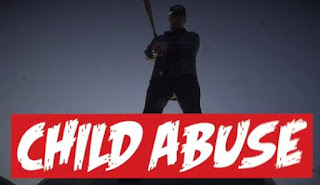 Snak the Ripper threw out another Madchild diss in 24 hours or less. In case you missed it, this is the first one. I heard from a brother in the industry that Madchild tried to battlerap with some of Eminem's follows. He was reading his sh*t off of his cell phone. I kid you not. The clown has no respect in the industry at all.

Update: Ah Snak Rips it a third time. Triple Homicide. Sweet. And now a fourth! Tre Nyce steps up to the plate and hits it out of the park with #SADCHILD. This is like shooting fish in a barrel. Finally. Justice has been served. They appear to make reference to his short stature, cocaine use and his fetish for under age girls.

First Madchild was bragging about his long term Viagra and oxycontin addiction in the press. Now he is bragging about his fantasy of kidnapping, torturing and murdering woman. This child who never grew up is deranged. He is no role model for kids. Buyer Beware.