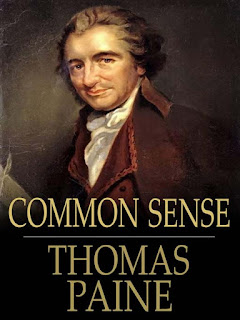 When I came back from Ireland, my father referred to me as Finian from the movie Finian's Rainbow. "T'was a eloquent gift to bequeeth a child so it was. For the lure of that song keeps me head runnin' wild. 'Tis a rhyme for your lips and a song for your heart to sing it whenever the world falls apart. Look, look, look to the rainbow Follow it over the hill and the stream, Follow the fellow who follows a dream."

Evidently Aretha Franklin's father shared the same song with her. You don't have to be Irish to have a dream and to struggle attempting to make that dream become reality. Martin Luther King was a great man with a powerful dream. He said "I have a dream that one day this nation will rise up and live out the true meaning of it's creed, we hold these truths to be self evident, that all men are created equal. I have a dream today." Martin Luther King's dream was that the Constitution would become more than a nice piece of paper on the wall. His dream was that the Constitution would be actually followed instead of just talked about.

Thomas Paine was a patriot who also had a dream. In 1776 Thomas Paine wrote an essay entitled Common Sense which presented the case for the establishment of a free republic. He also wrote another essay in support of the French Revolution. It was the vision and sacrifice of patriots like Thomas Paine that made Martin Luther King's dream possible. Without the founding fathers there would be no Constitution for Martin Luther King to petition.

Thomas Paine is someone I admire. His passion for freedom is inspiring. He supported the freedom of religion despite the fact that many referred to him as an atheist. Not surprising since the freedom of religion includes the right to be atheist. However, when one reads his essay the Age of Reason, we can see he did believe in God. It was religion he was dissatisfied with. He supported a person's right to adhere to a religion fervently yet there was no religious organization he felt comfortable joining. I like him. I have many similar beliefs. When push comes to shove it's all about the freedom to choose - liberty.

At one time I was quite religious. The motto for my coat of arms is We will serve the Lord taken from Joshua's declaration in the Old Testament. Things for me have changed significantly. Although I am passionate about any person's right to adhere to any religion of their choice, I don't have the same passion for religion I once did. However, I do have a burning passion for liberty and the freedom to chose just like Thomas Paine did.

In essence I have redefined my motto and my mission statement. I believe there are two forces in the world: Good and Evil. Obviously there is no distinct like separating the two as one doesn't exist without the other, yet the forces of evil and the forces of good are two very different things. I believe that God is the author of liberty and the devil is the author of slavery. I oppose slavery with a passion. As Thomas Paine said, give me liberty or give me death. So now when my coat of arms says We will serve the Lord, it doesn't mean religion. It means we support civil liberty which is very much under fire from foreign enemies as well as enemies within. To me, We will serve the Lord means we support liberty and the freedom to choose. That is my dream and that dream is alive.