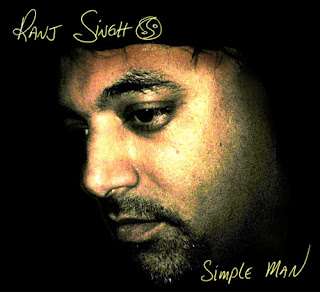 On a more positive note, I was at the Christmas Market at Arts Napps yesterday. I heard some Christmas music playing then looked up and saw it was live. A guy was playing guitar and singing. The sounds was profound. You know how some people when they talk they have a radio voice like they are or should be a radio host. Well this guy was meant to sing. I bought his CD called Simple Man and it's awesome. When you think about how the world is full of good and evil, this man is good. Talented as well as positive. His songs are all original. He is sincere, genuine, calm, peaceful, positive, uplifting and inspiring. I highly recommend him.

His CD makes for a great last minute Christmas gift and he also has digital downloads on Google Play as well as on Itunes and CD Baby. He even wrote a song called I Believe for the Vancouver Canucks and a seasonal song called Christmas Love. The album Simple Man starts off with Everything's OK. The sound is much better live an on the CD. The version of Found a Way Home is done with him on guitar and Dan Huget playing the electric violin. Profound. This is his web site.

Posted by Dennis Watson at 6:50 AM