Cocaine was cut with fentanyl - Update 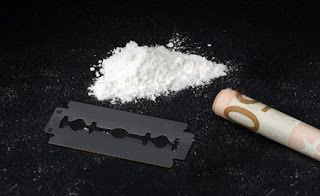 News 1130 is reporting that "Delta Police say two people have been treated in hospital in Delta after using cocaine and inadvertently overdosing on fentanyl. Police said it is likely the cocaine was cut with fentanyl, a respiratory depressant that cannot be seen, smelled or tasted when cut with other drugs. While it is not known where the cocaine was obtained, police said they believe it is likely circulating in the South Delta area." Fentanyl is nasty. Lacing other drugs with fentanyl is dirty. CBC reported that the same thing happened in Winnipeg last summer. We know who was supplying the fentanyl in Saskatchewan. The same thing happened in North Carolina. We know who was selling drugs in South Carolina.

The Vancouver Province is reporting that there was two fentanyl overdoses in Delta not just one.