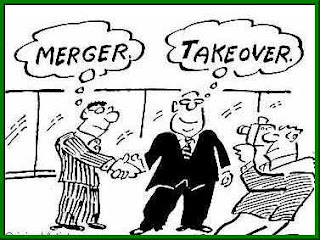 Several blog readers have expressed a concern about censorship in the main stream media. Not surprisingly they relate it to the reporting of facts in the gang war yet clearly it goes far beyond that. This is such a huge topic I'm going to have to break it up into a series. Part one is about media mergers, corporate mergers and how politicians as well as the media are lobbied by financial contributions from big business.

Now before you cry liberal leaning I will make a clarification that I have no problem with business. Business is good. Business creates jobs and drives the economy. There is however a difference between big business and small business. When I say big business I'm not referring to an entrepreneur becoming successful like Bill Gates. Not at all. I'm referring to corporate mergers and corporate monopolies. That's something very different.

Politicians need financial contributions to run for office. It has become so bad in the US that you need so much money to run for president the only people who can afford to run for office are raging lunatics like Donald Trump. That is a huge concern for the democratic process.

OK so politicians need financial contributions to raise money for their campaigns. Who has more money - small business or big business? Who is able to give a larger donation? A small guy with his own print shop or roofing company or a large corporate monopoly? Obviously, large corporations are in a better position to give large contributions to politicians then small companies are. Consequently, one can legitimately argue that the politicians then become more sensitive to the needs and wants of the corporate monopolies then it is of small business. That is exactly what has happened to Stephen Harper and the Neo Con movement. They no longer support small business because they endorse corporate monopolies which ultimately destroys the free market.

In the US, the Pentagon complained about corporate mergers within it's contractors. "Frank Kendall, the Pentagon’s top acquisition official, said the Department of Defense plans to ask Congress to create rules that could hinder mergers between prime contractors. The drive behind the move, Kendall told reporters, is concern that such mergers limit the number of defense firms and give too much power to individual companies — power that will end up hurting both the department and the American taxpayer." No kidding. That is the obvious concern with corporate mergers. It gouges consumers and tax payers alike because there is no competition.

Yet we can see why the politicians have abandoned small business and the free market. They need to get elected and they need money to do that. Corporate monopolies have more money to give. It's as simple as that. Years ago, when the Rockefellers used hostile take overs to obtain a monopoly on the oil industry, the US Supreme Court cited anti trust laws and deemed those take overs illegal. Now the politicians have rewritten the rules and call them good business.

The main stream media is no different then the modern politician. They need money to operate. Advertising is how they make their money. Financially the industry is hurting. The Toronto Star owns shares in a newspaper chain that the local Surrey newspapers belong to. They reevaluated the value of those shares to zero. One could argue that they are trying to hide assets. Yet the fact is, the newspaper industry is struggling in our digital age. Recently the local papers have started running full page ads over their front page. The front page has become page two and the new front page is advertising. Some of the larger papers in Metro Vancouver have also started to do this. Money from advertising is crucial for the industry to survive.

Then there's mergers within the media outlets themselves. Previously I mentioned my concerns about some of the media mergers within Post Media News. I fully realize that media outlets need to make money to pay salaries and satisfy the demands of their shareholders. Often a bigger company is run more efficiently then a smaller company. The same concerns about corporate monopolies exist with media mergers only it is much more sensitive.

The freedom of the press is a sacred thing. When all the media outlets are owned by the same "company" how does that make room for alternate news and alternate opinions? It doesn't. The danger was far more obvious when Conrad Black was in town buying up all the media outlets. He like everyone else had his own opinion. It became a public belief that as soon as a reporter wrote a story that was labour friendly, that reporter would lose his job. Not directly but certainly indirectly. They were first to get laid off in the next round of cutbacks. That is the problem with media mergers. You lump all the media outlets under one umbrella and all the media is controlled by whoever buys or owns the chain. That is a dramatic example of how the media can be manipulated. England is another example.

We remember the Murdoch phone-hacking scandal which was tied to David Cameron and to Tony Blair. The interesting thing in that scandal is the fact that UK media baron Rupert Murdoch normally endorsed conservative candidates for Prime minister but switched to endorsing Tony Blair who was labour then switched back to conservative by endorsing David Cameron. Rupert Murdoch can vote for and endorse whoever he chooses. This goes well beyond that.

He owned the newspaper. When Tony Blair was running for office Murdoch's newspapers would run articles supporting Tony Blair and wouldn't run articles opposing him. The same thing with David Cameron when he ran for office. That isn't just media censorship, that is outright propaganda. The media is supposed to report the news. They are supposed to let every platform be heard. They can have editorials expressing an opinion but they are supposed to have other editorials expressing another opinion. That doesn't happen in Murdoch's newspapers and is a huge concern when we discuss media mergers and the freedom of the press.

People say to me Kim Bolan censors the comments on her blog. So do I. Kim spends a lot of time running her blog and moderating comments. Moderating a forum like that is an exhausting job. You can't please everyone no matter what you do. She has an opinion. If someone spams her blog with their opinion attacking hers, she isn't going to approve those comments. Neither do I. My opinion is different then Kim's. I would censor different things but I still do it. It's not because the gang task force or the Hells Angels control me. It's because I am sick and tired of the main stream media propaganda and strive to shed like on alternate opinions. I'm not going to let Joe Blow high jack my blog to undermine everything I've worked to create. This isn't a Hells Angels support forum. If you want to tell the world how great the Hells Angels are you are free to do that on your own blog or on any one of the many support sites. Just not here. This is not a Hells Angels support site. This is an insignificant blog that presents the alternate view for those who care to look at it.