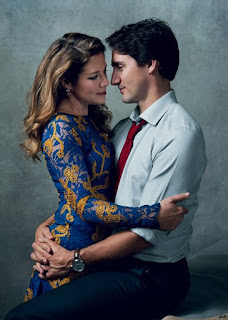 While Justin Trudeau and his lovely wife appeared in Vogue magazine, another news article revealed the super hero's kryptonite. The National Post is reporting that "Prime Minister Justin Trudeau is edging away from his election campaign’s pledge to hold the deficit to $10 billion and now says this is just a “goal” as the Liberal government makes spending to spur economic growth its priority." This is the superhero's one flaw. Deficits in good times leads to trouble in bad times.

In the movie Creed, Apollo Creed's son was trained by Rocky Balboa. During his big fight the news caster said he hit the body like Rocky but hit the head like Apollo. The boxer had learned the strengths from two different champions. The Liberals are supposed to be a balance between the left and the right. They are supposed to be the best of both worlds. Why is it that ever since Pierre Elliot Trudeau, the Federal Liberals seem to have been the worst of both worlds - Corporate monopolies and fiscal irresponsibility. It doesn't have to be that way.

Recently there was a funny video put out about how JT responded to a question from the press about why he chose to have gender neutrality in his caucus. JT looked surprised by the question and said Because it's 2015. He implied the rest of us need to get with the times. Fair comment. Now it's his turn. Everyone knows that debt is bad and should be avoided. Justin's father was awesome. He defended civil liberty by giving us the Charter of Rights and represented us well internationally. He was French. He had class. Justin's father's one flaw was excessive spending racking up national debt. Well son, times have changed. Everyone knows debt is bad so get with the times and move forward. Our children and future generations are depending on it.

I will add that al least he's being honest about it. Stephen Harper racked up debt and lied about it hiding it from the public. Like the $65 billion bank bailout plus he spent but denied he did. That was the biggest expenditure of tax dollars in Canadian history and he lied and said he never did it. His magic books were now you see it, now you don't. The Green Party announced he did spend it and it was a lot more than $65 billion. So with the news of Canadian banks making $96 million every day in 2015 totalling $35 billion, does that mean they will start to pay back the tax paid bailout they received? That would go a long way in helping reduce our national debt. 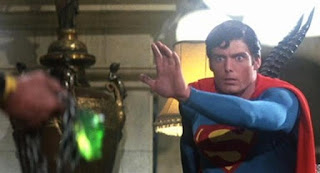