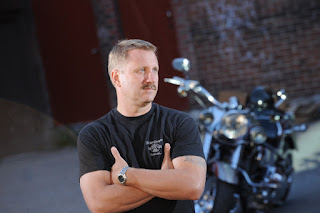 The Vancouver Province is reporting that Victoria’s police chief is asking for forgiveness from his troops and the public after he exchanged inappropriate messages on social media with the wife of an officer under his command. Normally I would say this isn't newsworthy but it is.

It sheds like on the climate of unprofessional within law enforcement. We have heard some pretty bizarre news reports of sexual harassment within the RCMP that has resulted in a large class action law suit. Yet it doesn't end with the RCMP. It includes Delta police, North Vancouver Police and now Victoria. This was the police chief. Don't get me started on Craig Callen and the FOCCERS. We remember how IHIT(it) made it a practice of getting drunk with witnesses and flirting with them. It wasn't just one officer it was a climate of insanity that is condoned within the force and we know that Bill Fordy and his naked dance with flaming toilet paper is just one of many sad tales we hear forcing us to ask ourselves how do these clowns keep getting promoted?

Sudbury Living Magazine reported that Frank Elsner, the current Victoria police chief came from Sudbury Ontario. They also reported that for many years while working under cover Frank Elsner "associated with criminals and partied with drug users, bikers, and hookers. He set up elaborate drug deals, disappeared for weeks on end, was involved in a hitman operation, and had multiple aliases." Don't get me started on under cover cops who infiltrate bikers because they love that lifestyle. You don't want me to go there. All I'm saying is the climate of professionalism is a disgrace to the uniform. Don't get me started on how that ties in with the Diane Rock story.