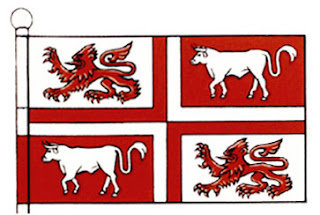 In case you missed it, Finian is Back. The Gangsters out Blog has Returned. A self serving troll was trying to extort me by posting my daughter's name and picture on the Internet again and I had enough. Only a POS maggot will threaten a man's daughter for any reason. History has recorded that. Circumstances don't make the man or woman. They reveal him to himself and to the rest of the world. We are what we are. I am what I am. I will not run.

Trolls like to say my name as if I have something to hide. Go ahead, say my name. I couldn't care less. Everyone knows my name is Dennis Watson. It was all over the newspapers and no one cares. My name does not matter. The message matters not the name. You could call me Jean Baptiste and serve my head on a silver platter. That wouldn't change a thing. Right is right, wrong is wrong. Good is good and evil is evil. Nothing that you or I can say or do will ever change that. However, People can change. That is what this is really about. Helping people see the light and leave the life. That is what this is all about. The freedom to choose.

In the movie Pirates of the Caribbean, the Back Pearl and the rest of the pirates were surrounded and greatly outnumbered. Barbossa said to Elizabeth, it's nothing to die for. Elizabeth responded, you're right but what shall we die for? Her conclusion was, hoist the colours. Win or lose, we will fight. So be it. Indeed the Force has Awakened. The people have begun to think for themselves.

So off comes the balaclava. I am anonymous no more and have hoisted my colours. As you can see, November 24, 1994 I was granted the right to bear arms by lawful authority. The Chief Herald of Canada granted me my own personal coat of arms for the years of community service I had performed. The arms, crest, badge and banner are all protected by copyright as declared on Vol. II, p. 366 of the Public Registers of Arms, Flags and Badges. The shield is for my children, the banner is for me but the badge is for anyone who supports these ideals. Anyone who supports these ideals has my permission to display that badge as an avatar or crest. It is not a patch that goes on the back of a jacket. It is a crest that goes on the front left chest. The crest's creed contains what I believe to be the foundation of a happy and successful life.

Many years ago, when I was living in Ireland I had a chance to reflect. I wrote my father and told him the three things I have learned from my parent's example are Honesty, Service and Sacrifice. He wrote back and said I never thought about that before. Honesty isn't honesty if you have to think about it. Service isn't service if done for any kind of reward and sacrifice is simply the joy of parenthood. I thought to myself if I could one day look back on my life and say every sacrifice I had made was simply the joy of parenthood, then I would have lived a successful life. Not as the world sees it. The world has a very different measuring stick for success. I see it very differently then the world does. The motto and creed contain my mission statement. We will serve the Lord isn't about religion. It's about sporting civil liberty and the freedom to choose. It's about supporting the principles in the US Constitution and the Canadian Charter of Rights.