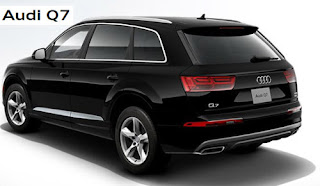 The Vancouver Province is reporting that "Police are asking witnesses to help identify a vehicle that may be connected to a shooting that occurred Monday in Surrey. Around 11:40 a.m. on Monday in the Surrey neighbourhood of Newton, a black Audi Q7 was spotted fleeing the scene of a shooting near the 12700-block 37B Avenue. Surrey RCMP investigators believe the shooting was targeted and is linked to a conflict in the street level drug trade."