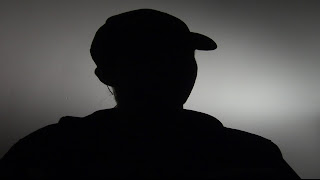 Kim Bolan has been giving some pretty extensive coverage of the Cory Vallee murder trial. There has been some interesting statements made by the police informant under cross examination.

First Kim reported that "An ex-United Nations gangster denied in B.C. Supreme Court Monday that he lied about a conversation in which he says accused killer Cory Vallee admitted a role in the murder of a rival. The man, who can only be identified as D, told Justice Janie Dillon earlier Monday that Vallee nodded and smiled after D made a cryptic reference to the fatal shooting of Kevin LeClair on Feb. 6, 2009."

"But defence lawyer Eric Gottardi suggested there is no way D would have broken the UN code to ask someone in the gang about a murder. At the time of the LeClair killing, you weren’t close enough in relationship to Cory Vallee where he would tell you his real name and yet you purport to tell this court that he was close enough that he would somehow indicate to you his involvement in the murder. Is that your evidence? D replied: Yes."

OK so let's back it up here. The informant didn't even know the accused's real name. The whole testimony relies on the claim that the informant made a cryptic reference to the fatal shooting of Kevin LeClair and the acused nodded and smiled according to the police informant that was paid $300,000.00 for his testimony. That's a pretty weak case.

No offense. Kevin was a good guy who had a bad friend. He didn't deserve to die. Yet the crown's case here is awfully vague. The crown claims As Vallee sipped his soup, D said: “I just looked at him and I said `Everything went OK? And then he just kind of looked up at me and nodded and gave a smile, yep, and he just went back to eating his soup.” I don't really see that as a confession to the murder.

Kim later reported that "A former United Nations gangster admitted in B.C. Supreme Court Tuesday that he lied to police for years when he was immersed in the criminal underworld.

"Gottardi pointed to instances in statements D had given to police even after he became a confidential informant in April 2009 where he had lied." Gottardi said D enjoyed manipulating police and saw his interaction with them as “a game.” He showed D a September 2009 statement in which D falsely claimed that he was not a member of the UN. “I take it you will agree with me that you have lied to the police many, many times?” Gottardi asked. Replied D: “Yes, I have over the course of my life lied to the police many, many times.”

Next "Gottardi pointed D to copies of encrypted emails he wrote to his UN pal Amir Eghtesad about a plan to rob a UN associate known as Duke. In the emails, D told Eghtesad that he was going to befriend Duke to make it easier to target him for robbery. This wasn't a rival this was an associate he was planning to rob. So the defense has established three things. First the informant is a dirt bag who planned on robbing an associate. Second that the informant is a liar who has admitted to lying to the police many many times. Third, the whole confession was so vague it really has no merit. On top of that his conclusion is the real kicker.

Lastly Kim Bolan reported that "An ex-United Nations gangster paid $300,000 to testify against his former brothers said Thursday that if he could go back in time, he would never have cooperated with police."

After the defense lawyer claimed the informant was really just in court for the money the informant replied: “And I will say sir that I would happily, if possible, pay back multiple times the money I was paid if I could go back in time and change my mind and not do this. Because I wholeheartedly 100 per cent regret it and would not recommend it to anybody.”

Well, well, well, kinda like we've said all along. If you want to leave the life just leave. Don't become a police informant. It just isn't worth it. Although Kevin was a nice guy, the court was told that he used to sell drugs for the UN but crossed over with the Swine flu when they broke off and were supplied by the Hells Angels. He was a nice guy who sold drugs and betrayed his crew for the red and white. Where's the L&R in that? It's all about the money.