Pray for Venezuela - they still have no food 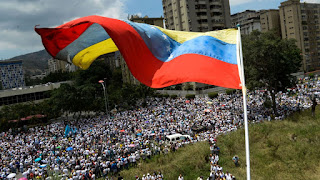 Sky News is reporting that "Thousands of Venezuelans have dressed in white and marched in silence to pay their respects to the 20 people killed in anti-government protests over the past three weeks." CBC is reporting that "The smell of tear gas and smoke from fires filled the air in several Caracas neighbourhoods on Friday after a night that saw at least 12 people die. In the humble district of El Valle, people screamed, while the sound of gunshots sent neighbours and protesters running for safety."

After Hugo Chávez died, things in Venezuela collapsed. There is no food in the supermarkets. Thousands try to leave the country as soon as they open the borders. Most want to stay in a Venezuela that has food. This is an international humanitarian crisis. 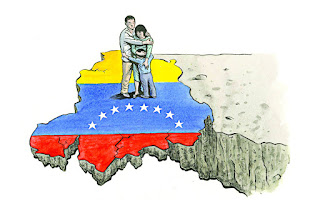