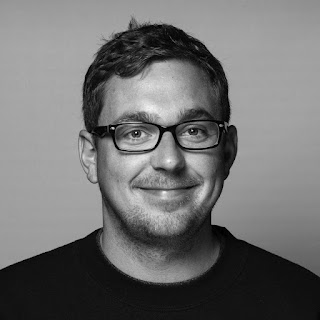 Dude, Postmedia news folds like a cheap tent but reporter Tim Petruk stands like a rock. After the abserd criticism he received from Gordon Clark in the Vancovuer Province Tim put out another article reaffirming his position and pointed out that the colomnist who criticized his coverage of Peter Leask is married to a judge.

Tim's article declares: "Despite what you may have read this week, a B.C. Supreme Court judge was out of line last month when he said he prefers his own Vancouver bed to a Kamloops hotel room at the outset of what was supposed to have been a two-week rape trial. Justice Peter Leask made the comment during a conversation in open court with lawyers about how the case would proceed. He also suggested the prosecutor not call two of her witnesses and rolled his eyes while she attempted to plead her case."

"I was in the courtroom when it happened. It was strange, to say the least - not just the words, but the atmosphere. Leask appeared to be talking down to the prosecutor and the court clerk. When it was time for the court to read the charges to the accused, a 90-year-old man alleged to have sexually assaulted his daughter in Adams Lake decades ago, Leask flicked his wrist down at the clerk and said, simply, “Go.” It felt ugly. The charges against the elderly man were stayed by the Crown on the second day of the trial for reasons unrelated to Leask’s conduct."

"Clark told me he had been 'tipped off' about the transcript by someone suggesting he review it. He expressed concern about “beating up” a reporter who was simply reporting what happened in a courtroom, but maintained I had erred. What he failed to mention was that his wife is employed as a judge, drawing a six-figure salary comparable to that of Leask."

"After a judge makes comments like that, it is impossible to consider any trial-management decision they make without that context. Leask’s tone seemed to be almost one of belittlement to the prosecutor and the court clerk. He was talking down to them - the only two women in the courtroom. Tone, though, does not come across in transcribed pages. Clark thought he could figure it out by reading the transcript. Perrin withdrew his complaint against Leask within hours of Clark’s column being posted. The sister of the alleged victim in the sexual-assault trial told me she will carry on with her complaint against Leask."

"The bottom line remains this: Clark wasn’t there last month when Leask made an inappropriate comment and suggested Bouchard speed things up. I was. I felt the strange atmosphere of the courtroom and heard the belittling tone in Leask’s voice. He was out of line."

Still riding against the wind. Peace.