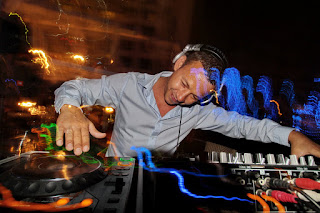 You know it's bad when even Kim Bolan criticizes a BC judge. Gordon Clark from the Vancouver Province was sent in by the Corporate media to do damage control and spin the story.

Gordon Clark put out a shameful piece of damage control attacking the journalist who was present in court falsely claiming that the judge's comments were taken out of context despite the fact that everything the reporter claimed Peter Leask said fell well within the realm of believability given what we know about Peter Leask.

DJ Spin claims that Petruk quoted the judge as saying, “Kamloops is a wonderful place, but I like sleeping in my own bed. The overall impression left by the story, and others that followed by other media organizations, was that an arrogant, out-of-touch judge was rushing a sexual-assault trial — and therefore not caring about the victim of childhood rape — so that he could get home to his bed. The transcript reveals a very different story."

Yet by his own evidence the transcript states: "full disclosure. I live in Vancouver. I come here because it’s my duty. Kamloops is a wonderful place, but I like sleeping in my own bed" exactly what the reporter claimed Peter Leask said. So Gordon Clark's evidence proves the reporter told the truth and now the Corporate owned media wants to fire the reporter for telling the truth. Postmedia News has just killed free speech. Time for free enterprise to create new media outlets owned by private companies not by corporate monopolies.

Judges need to be publicly accountable and right now they are not. The powers that be desperately want to maintain the status quo so they don't become accountable to the public. That is a shameful disgrace. Don't pull a Gary Webb and fire a reporter for telling the truth.

Update: The Vancouver Province killed it

Wow. This is astounding. The Vancouver Province is reporting that "A UBC law professor who filed a formal complaint against B.C. Supreme Court Justice Peter Leask over remarks the judge made at the start of a Kamloops sexual-assault trial has withdrawn his complaint and apologized to Leask. Benjamin Perrin withdrew his complaint to the Canadian Judicial Council on Tuesday after The Province published a column by editorial pages editor Gordon Clark that demonstrated that news reports upon which Perrin based his complaint contained errors and mischaracterized Leask’s comments." AYFKM?!

The media can be a powerful influence for good. A good investigative reporter can expose a bad cop or a dirty politician and force them to resign. This article is actually bragging that the Vancouver Province killed the complaint and killed the story. That is nothing to brag about. They are now culpable in the sexual assault charges that were dropped and any future crimes Peter Leaks commits while he withers away his last few months on the bench before he ages out and faces mandatory retirement at age 75. My comments about Peter Leak stand, even though Postmedia News folded like a cheap tent.

Gordon Clark's editorial was simply untrue. The court transcript proved what the journalist on the field said. That editorial wasn't even written by Gordon Clark. They just put his name on it to give corporate censorship a human face. It was written by the same person who wrote this obscene assault on the freedom of the press. The new article is written by an "unnamed" reporter and has the heading Vancouver Sun underneath the Vancouver Province heading. One would assume it was written by the chief editor of the Vancouver Sun who has taken over as chief editor of both papers since the Postmedia News merger.

Before we examine the real reason the UBC Law professor flipped and pulled his complaint let's review the timetable of how the media flipped. A local reporter in Kamloops sat in on the trial and heard Peter Leask say "full disclosure. I live in Vancouver. I come here because it’s my duty. Kamloops is a wonderful place, but I like sleeping in my own bed." That is exactly what the transcript said. It was not taken out of context. They obviously discussed other options. Peter Leask obviously didn't order them to cut the trial short but it is equally obvious he implied it. That completely fits in with the character of Peter Leaks that we have been forced to endure.

Since Postmedia News owns almost all the newspapers in Western Canada now, when the story broke in Kamloops they ran it in all their other papers including the Vancouver Sun and Province. It created quite a stir. Even Kim Bolan wrote about it and she never criticizes judges. She had to have been told by her editor to write about it because that is something she does not do. When I started criticizing bad judges in the very beginning, that is when she stopped linking to my blog and website. She did not think criticizing the judges was right or legal. I disagreed. I was dealing with several activists on the field that passionately wanted me to write about bad judges.

Now all of a sudden Postmedia News has flipped and they even pulled Kim Bolan's story about it from her blog. Was Kim Bolan's second article false? No it was not. Did the chief editor cave in to pressure from the Law society? Yes he did. Just for the record, this is the cached version of the page from Kim Bolan's blog that was pulled. She took it down. I reposted it. I see nothing in that article that is untrue and it stands as a record of corporate censorship.

Just for the record, this is a copy of the UBC Law Professor's original complaint. He withdrew it, I posted it. I see the complaint as valid. It also stands as a record of corporate censorship. That also stands as evidence for the Kamloops reporter's unlawful dismissal trial. Don't you dare try to pull a Gary Webb or a Dan Rather here in Canada. We will sue your ass if you do.

So if the court transcript proved what the reporter in the field said, what was the real reason the UBC Law Professor withdrew his complaint? Let's see... Do you think the Law Society of BC just might have some say in the selection of what professors teach law at UBC? Do you think it might be feasible they told him to withdraw his complaint or he will lose his job? That is the only explanation I can conceive of. The law society does not want to be publicly accountable and desperately wants to preserve the status quo. 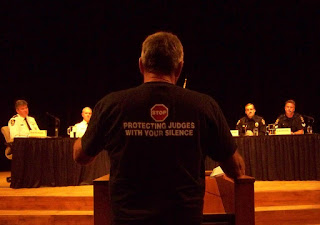 Perhaps we should ask the Aldergrove judicial review board what they think of Peter Leask. No doubt they will have a billboard that tells a different story than Postmedia News. 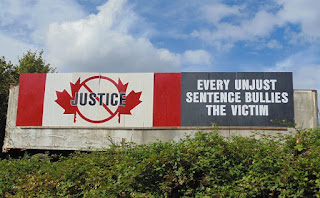 Perhaps Surrey Shirts would like to sell some of their shirts online for the public. 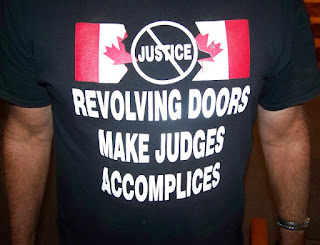 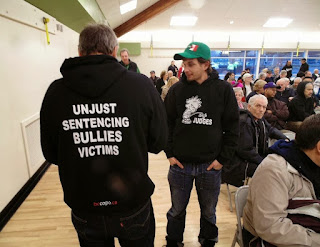 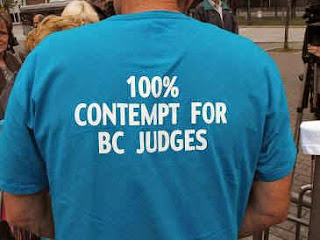 Canada Is Corrupt When it Comes to Choosing Judges