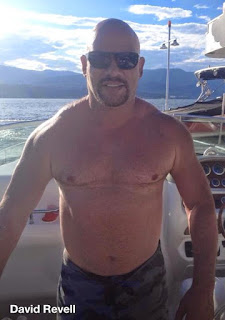 Dave Revell was a Hells Angels associate in Kelowna that was convicted of cocaine trafficking for David Giles. As I reported last February, after being charged in numerous domestic assaults he is now facing a deportation hearing because he is originally from the UK. Many other gang members from other countries have recently been deported and it would be hypocritical for the crown to deport them without deporting Dave Revell just because he's from the UK.

I understand that the BC Civil Liberties Union is opposing the crown's argument that the Canadian Charter of Rights does not apply to Dave Revell because he is not a Canadian citizen. I agree with their position on that. The intent of the Canadian Charter of Rights is that it should apply to all people not just Canadian citizens. However, I completely disagree with the BCCLU's opposition to the deportation because selling cocaine and beating women is not a charter right.

Steroids and grow ops don't concern me but stalking and assaulting women does. Davel Revell is a piece of garbage and no nonprofit organization with any credibility or integrity would support him.