The end of the Surrey Leader creates an opportunity 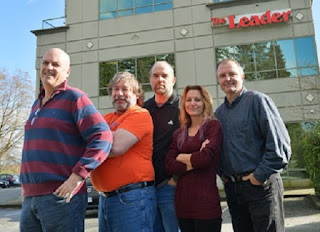 Well this is nostalgic. It represents the end of an era and the beginning of a new one. After all, every end represents a new beginning so it does. My Goddaughter was telling me she heard the Surrey Leader and the Surrey Now are merging. They are no longer going to exist as separate papers. Instead of two papers there's only going to be one now instead.

Sure enough, I pick up the paper off the ground and the headline reads July 17 1929 - March 31 2017 "Here lies the last edition of the 88 year old Surrey Leader. Join us inside for a celebration of life for this storied newspaper of record." It's kind of sad but it kind of makes sense too. Having one local paper instead of two reduces duplication, cuts costs and can reach a bigger market. I just thought it would have made more sense to keep the Leader and get rid of the Now.

Without the Surrey Leader the quality, credibility and objectivity of the local media will be greatly diminished. That in turn affects our democratic system. When big business kills small business it also kills the freedom of the press because centralized news becomes much easier to control. Now, I'm afraid the market isn't going to expand it's going to collapse and we are entering the Brave New World of corporate propaganda.

This leads us to ask, in the world of globalization and corporate mergers, is there still a place for local news? I boldly declare yes there is and I'll tell you why. Because there is money in it. There's still a place for television which is paid for through commercial advertizing. Wherever there is a market, there will always be people wanting to target that market and advertise their products and services. Not to mention the freedom of the press represents a democratic system.

Small business is local. They want to reach out to local consumers. That's why there will always be a need for local news. Jimmy Pattison and your man John Volken from Price Pro understand this concept. Price Pro regularly advertises in the local papers because they want to reach local consumers. Price Pro is a nonprofit supermarket in Surrey. It wouldn't make sense for them to pay for advertising in Toronto when they are located in Surrey. Hence the need for speed in local media. After all, small business represents the free market.

Local media benefits consumers too. In every small town, locals know each other. Local reporters get the inside scoop on local stories because they have local sources. Take Kevin Diakiw. He is a local reporter with the Surrey Leader that stands out as a leader in his community. Kevin broke the Janice Shore story when everyone else was too busy to notice.

He also got the inside scoop on the Larry Mizen story from doing his own footwork on the Whalley Strip. I myself gave Kevin an exclusive interview during my overly publicized court case because of the respect I have for him as a journalist.

I've seen Kevin at press conferences where the politicians all line up to acknowledge him and kiss his ass because they respect his credibility. This means there's still a need for local talent. As we speak the Surrey Leader has a timely article about the shocking not guilty verdict in the Craig Widdifield murder trial. Clearly we still have the need for speed in local media.

Yo Kevin, let us know when your new blog is up and running.

We're also waiting to hear with what Paula Carlson and the others come up with next as well. 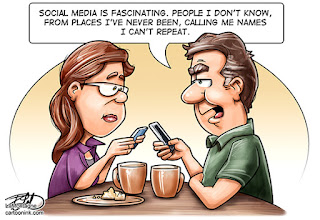 The end of the Freedom of the Press

The more I think about it the more scary this becomes. This wasn't a merger of two local papers. With one sweep of the pen some pencil neck corporate hack just wiped out the most credible media outlet in the City. Surrey is a pretty big city to not have it's own local media. Yes the Now exists but they didn't keep on the employees from the Leader they fired the whole team.

So who's next? Since Postmedia News own the Vancouver Sun as well as the Vancouver Province are they going to get rid of one of those papers? We have Kim Bolan from the Vancouver Sun writing for both papers now and Keith Fraser from the Vancouver Province doing the same. Since the take over all the local papers sound the same. Is the Press still free? Where is the room for different opinions? What about supply and demand? Don't different papers appeal to different readers? Does one paper lean slightly to the left while the other lean slightly to the right? Are we all now going to be force fed one homogenous cloned propaganda driven by the big corporations because they pay the most for advertising?

The biggest concern is that this media blackout has happened right before a provincial election. An election driven by massive campaign contributions from the Communist party of China to a political party so corrupt it made the New York Times but barely mentioned in the local media. A political party being sued for fraud for using tax dollars on advertising and political contributions to pay themselves a wage. Perhaps the timing of this media blackout has been well planned.

My beef with corporate monopolies is that it leads to the wrong place. I believe in free enterprise and small business. That is what a right wing conservative party is *supposed* to support. Yet corporate monopolies are more profitable since they destroy the free market and gouge consumers. As a trade off the corporate monopolies bribe the politicians through political contributions and control the media through advertising dollars. Remember the Rothschilds used hostile takeovers to gain a monopoly on the oil industry. They also funded the Communist revolution in Russia. This is where the right goes wrong and ends up extreme left. Communism is not good. Neither are corporate monopolies and the political parties that endorse them over small business and the free market. Buyer Beware. The BC Liberals are more left than the NDP.

Free Enterprise can protect the Freedom of the Press

Here's an idea. Since the end of the Surrey Leader has created a vacuum in a viable market how about free enterprise respond to the opportunity? We all complain about corporate mergers and the fall of the mainstream media but are we willing to do anything about it? Are we willing to seek out alternate media sources? Now that all the staff at the Surrey Leader have been laid off and are free agents, how about them forming their own company and creating their own digital newspaper online for not only Surrey but the rest of the world to read as well just like the White Rock Sun? I'd read it. Behind the dark clouds the sun is still shining. Peace. 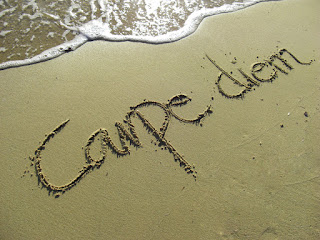