Most overdoses on Welfare wednesday ever recorded 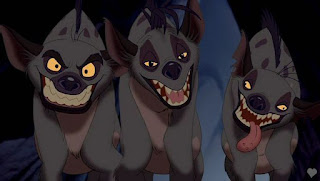 Global is reporting that "The B.C. opioid crisis has reached a new level, with authorities confirming Wednesday was the worst day on record for overdoses in the province. B.C. Emergency Health Services says April 26 - or this month’s “Welfare Wednesday” - had more overdose calls in a single day than ever recorded. There were 130 calls for overdose responses in total, nine more than the previous record date of Nov. 20, 2016."

This is in exact contradiction to previous reports the spin doctors were spamming the media with claiming that drug overdoses no longer spike on Welfare wednesday. The only reason it didn't spike in Surrey is because they started staggering the cheques so not everyone gt their checks on the same day. They are still using their welfare cheques to buy drugs.

Recently Surrey Crime reported that as soon as someone cashed their welfare cheque in Surrey they overdosed on fentanyl. Addicts are lining up to buy tainted drugs with their welfare cheques. We are giving the addicts money to buy drugs and are watching the predatory drug dealers selling them tainted drugs which is literally killing them without raising a finger to arrest the drug dealers for selling tainted drugs. That is not social justice. It is insane, illegal and immoral.

Update: CTV is reporting that "BC Emergency Health Services says it responded to 109 suspected overdoses around B.C. on Thursday, with 71 of those calls coming from the Vancouver Coastal and Fraser health districts, within Metro Vancouver. Preet Grewal says the service answered 130 suspected overdose calls that day, adding it was too early to tell how many may have been linked to powerful opioids such as fentanyl. She says the spike coincided with the monthly release of social assistance cheques, and the service is prepared for a challenging weekend." The spike in overdoses is directly related to when the adicts receive their government assistance cheques. People need food and homes not drugs especially tainted drugs.