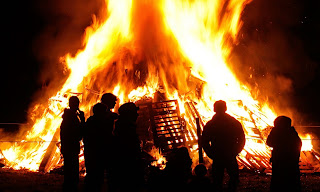 The Vancouver Province ran an interesting letter to the editor by Elly Stornebrink of North Vancouver about the costs of Bill C-51:

"Did the federal government already decide to pass Bill C-51, which erodes our freedoms and rights? I ask because the new budget says that almost $300 million will be invested “in intelligence and law enforcement agencies for counter-terrorism resources” as well as more than $10 million “to double the security intelligence review committee’s budget. I’m suspicious. Am I the only one?"

Aside from the cost of losing civil liberty, this is the most fiscally irresponsible tax and spend act in the history of our nation. Elizabeth May with the Green Party along with the New Democrats and the Bloc Quebecquois are the only ones opposing the illegal bill that throws away the Charter of Rights. Stephen Harper's Police State and Justine Trudeau's Clown State are the ones defiantly supporting the illegal bill and the obscene misappropriation of tax dollars to spy on people not for criminal activity but for their political affiliation. Buyer Beware.