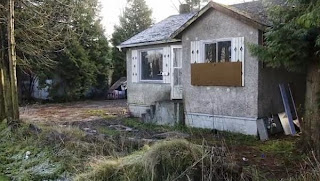 Well it's the first shooting in Surrey this month but it's only April 1st. Last month there was 11. News 1130 is reporting that witnesses reported shots fired between vehicles at 128th Street and 64th Avenue. RCMP say witnesses watched a male passenger firing from a silver vehicle towards a black Honda around 11:40 a.m. A black Honda? Doesn't sound like a high level drug dealer to me. I'll admit even though a Hells Angels associate was suspected in the murder of Skeeter's brother in Surrey all these crazy ass random shootings that have followed don't sound like the Hells Angels. They usually hire a hit and get the job done. This random chaos doesn't sound like them.

One source claims that the Hells Angels only run the crack shacks around Gus' shop on the Surrey side of the Pattullo bridge and outside the Front Room. They claim everything else is run by the brown guys. Yet we know that Randy Naicker and Rob Sidhu were Hells Angels associates. Drugs in clubs is none of my business. Neither are dial a dope rings. Supply and demand means if someone is looking for drugs they will find it. My beef is the pos that give crack to the homeless for free then beat the life out of them for payment. That is exploitation. The Hells Angels ran the Surrey House of Horrors just like they ran Piggy's Palace. Everyone local knew that.