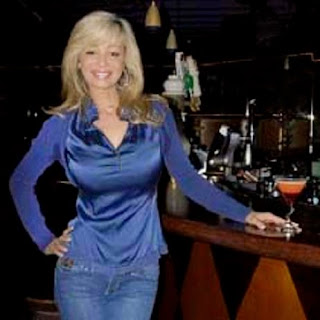 Brandi's strip bar in Vancouver has had a controversial history with the Hells Angels. When Brandi was seeing Gino it was considered a Hells Angels bar. Until of course the UN went in there and kicked their ass. Michael Plane testified about the event and said the UN showed up with K 9, kicked their ass and Plante was knocked out. John Punko was pissed and was caught on wiretap saying the UN is not welcome in this province and neither is anyone who does business with them.

That's when things started to unravel. Brandi was going to lose her liquor license if she didn't make a break from the Hells Angels. After she dumped Gino and went on her own rumors were swirling that the Hells Angels, who used violence to take over the exotic dancer industry in BC wouldn't let any girls who worked at Brandi's work at any of their clubs. The corporate monopoly thing again. A former bouncer from Brandi's was shot dead in 2003.

Tragically I have a source that claims Brandy Sarionder has died of a suspicious suicide. Although I can't find an obituary, another source confirms they saw it reported on Global a couple of days ago where they stated "former owner of Brandis exotic club-was found dead in her home today." That is tragic and unbelievable. Was she a victim of domestic violence or organized crime? Please advise. Oh and F*ck the Big Red Machine. 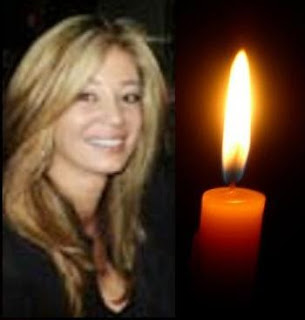 Update: OK let's pick out some of the true statements in the Vancouver Province article. The Vancouver Province is reporting that "Brandy Sarionder, who ran the exclusive downtown Brandi’s Show Lounge for years, was found dead in her Coal Harbour apartment on the weekend. Friends began hearing the bad news on Sunday morning, several days after her death. Sarionder announced she was leaving Brandi’s in December 2010. She refused to say why, but management said she was fired. At the time she said: That was my baby. It’s done. I’m not there anymore ... 'I’ve seen loyalty at its best and disloyalty at its worst.' She had been working toward setting up a new strip club and had her eye on numerous downtown locations."

She was the owner. You can't get fired from the business you created. She was pressured out by you know who. She was planning on setting up a new place. Guess what would have happened? All her loyal employees would have left to work for her. That is why she was killed. It is as simple as that. She said she has seen loyalty at its best and disloyalty at its worst. Her club had been put under seize by the Hells Angels for years. The majority remained faithful until the end. No doubt a handful said let's throw in the towel and give in to the Big Red Machine to lift the boycott. That would have been the crack ho wannabes. When she opened her new place all her high end employees would have ran to be with her. The new management didn't want that to happen.

Years ago I had a source that claimed the Haney Hells Angels ran a brothel in Kamloops called La JJ's. The same name as the one they ran in Maple Ridge. The source claimed that one girl saved up all her money and opened her own brothel. She said the Hells Angels told her she was not allowed to but she did anyways. A couple of enforcers showed up and tried to drown her in her bath tub. Her dog saved her life so she left town and was never heard from again. Don't tell me the Hells Angels won't use violence on women to enforce their monopoly.

September 2004 the Vancouver Sun quoted Andy Richards who said there used to be 6 or 7 agencies in BC that dealt with exotic dancers. As of 2004 he said we were down to three. Two controlled by the Hells Angels and one independent. Now with Brandi's murder we have zero independent. Richards said Donald Roming (who was a Nomad) was a key enforcer for the Hells Angels helping to push others out of the industry. He claims that Roming seriously assaulted a 67 year old man and put him in the hospital. Richards said no arrests were ever made for the take overs because the victims were too reluctant to go to the police. To claim that Brandi committed suicide is absolute nonsense. It fails the test of believability.

They tried to say Ashley Machiskinic committed suicide. Until all the residents held a protest saying she didn't commit suicide she was pushed out the window for a drug debt.

Update: Don't you hate it when trolls call in to the newspaper pretending to be Brandy's friend and lie to the press? Brandy wasn't planning on opening a new strip club she did open one called the Granville Strip. Business was booming.

This fake troll review proves the troll was under the impression that it was run by Brandy and it had a long line out front. That is why they were trashing it with a fake review and recommending the Orange No 5 instead which is a Hells Angels dive. The Granville Strip once again catered to high end clients and was female friendly. Unlike the Big Red Machine who turns everything they touch into crack ho central.